Video shows man use machete to hack through door, get shot by tenant 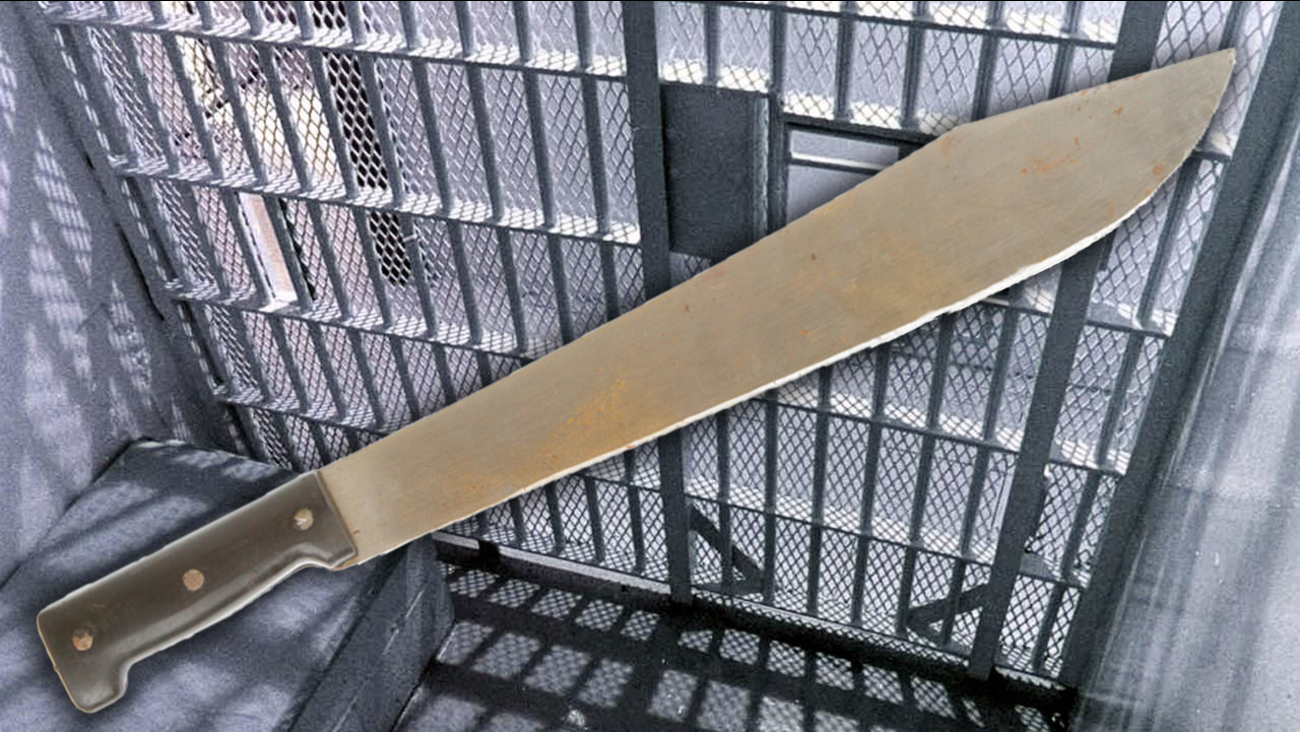 POCATELLO, ID -- Newly released video shows the moment a man hacked his way into an apartment with a machete before being shot by the tenant.

On Feb. 22, 2014, police say Twain Thomas, 54, began threatening neighbors with a machete at a Pocatello, Idaho, apartment complex. Renter James Cvengros heard the commotion, set up a camera and opened his front door to see what was happening.

Cvengros then quickly closed and locked the door.

Seconds later, video shows Thomas using the machete to hack his way though the door. Cvengros gives several verbal warnings that he was armed with a gun and kept telling Thomas to leave. Thomas then made entry into the apartment, swung the machete again, and Cvengros opened fire.

"If he hadn't been shot at that time, then we would be looking at a murder case, not an attempted murder case," Cvengros told ABC affiliate KIFI-TV.

Thomas survived the shooting and was charged with several counts of aggravated assault and attempted murder. Thomas' attorneys argued he suffered from both PTSD and frontal-lobe damage to his brain. They say Thomas wasn't aware of what he was doing until after he was shot.

Thomas could serve up to 15 years in prison plus will be forced to pay a $1,200 fine.
Related topics:
sentencingcourtassaultattackattempted murdermacheteshootingu.s. & worldcaught on camera
Copyright © 2021 KABC-TV. All Rights Reserved.
More Videos
From CNN Newsource affiliates
TOP STORIES