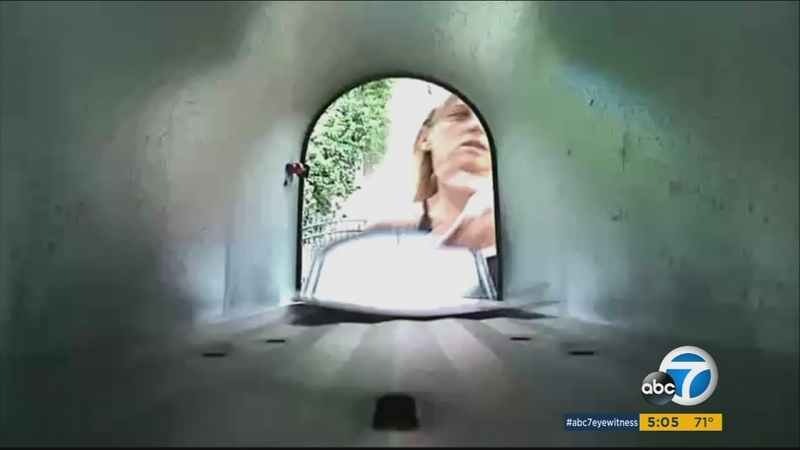 HOLLYWOOD HILLS, LOS ANGELES (KABC) -- Residents of a Hollywood Hills neighborhood near the Cahuenga Pass have had mail stolen multiple times in the last few months.

One couple decided to fight back by installing a camera right inside their mailbox.

Tony Nolley and his girlfriend Kelly Byrne set up an infrared, motion-activated camera inside the mailbox to catch the thieves in action.

"Over the last four or five months, it seems to be the same person, but just recently we've seen a different person, another female," Nolley said. "We don't know if they're working together or working separately."

On one occasion the woman put mail back into their box that belonged to another neighbor.

Byrne said they wrote letters to their neighbors alerting them to what was going on.

They've also notified the Los Angeles Police Department and the U.S. Postal Service, but have gotten no help.

The couple continues to carefully monitor their credit to make sure no one has stolen their identities.

They're also considering installing a locked mailbox, but noted that one of their neighbors who had one had the entire box taken.
Related topics:
hollywood hillslos angeleslos angeles countytheftpostal serviceidentity theft
Copyright © 2021 KABC-TV. All Rights Reserved.
More Videos
From CNN Newsource affiliates
TOP STORIES