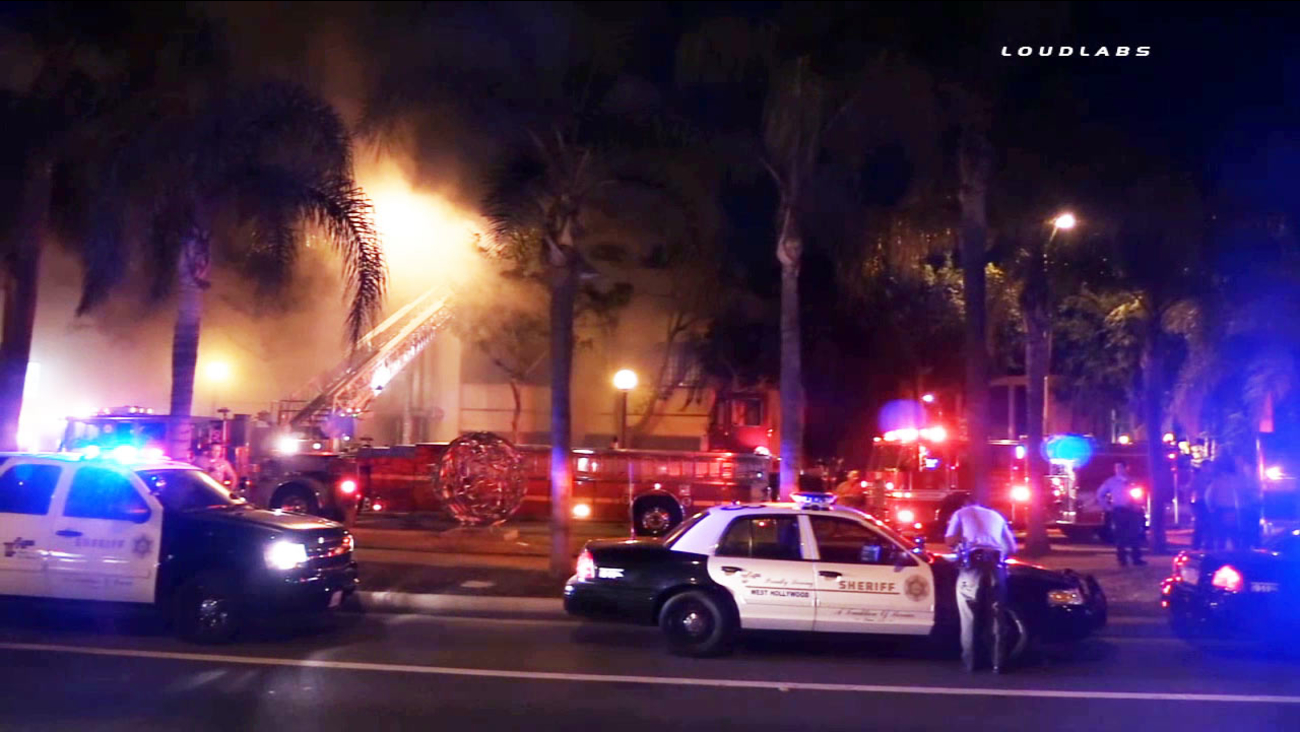 Emergency crews are shown at the scene of a building fire in the 9000 block of West Melrose Avenue in West Hollywood on Thursday, May 21, 2015. (KABC)

WEST HOLLYWOOD, Calif. (KABC) -- A suspect has been arrested for murder after a body was found in last week's building fire in West Hollywood.

Firefighters responded to 9080 Santa Monica Boulevard just before midnight on May 20. The blaze was knocked down within 45 minutes.

An unresponsive man was found on the first floor of the building. Young was rushed to Cedars-Sinai Medical Center, where he later died.