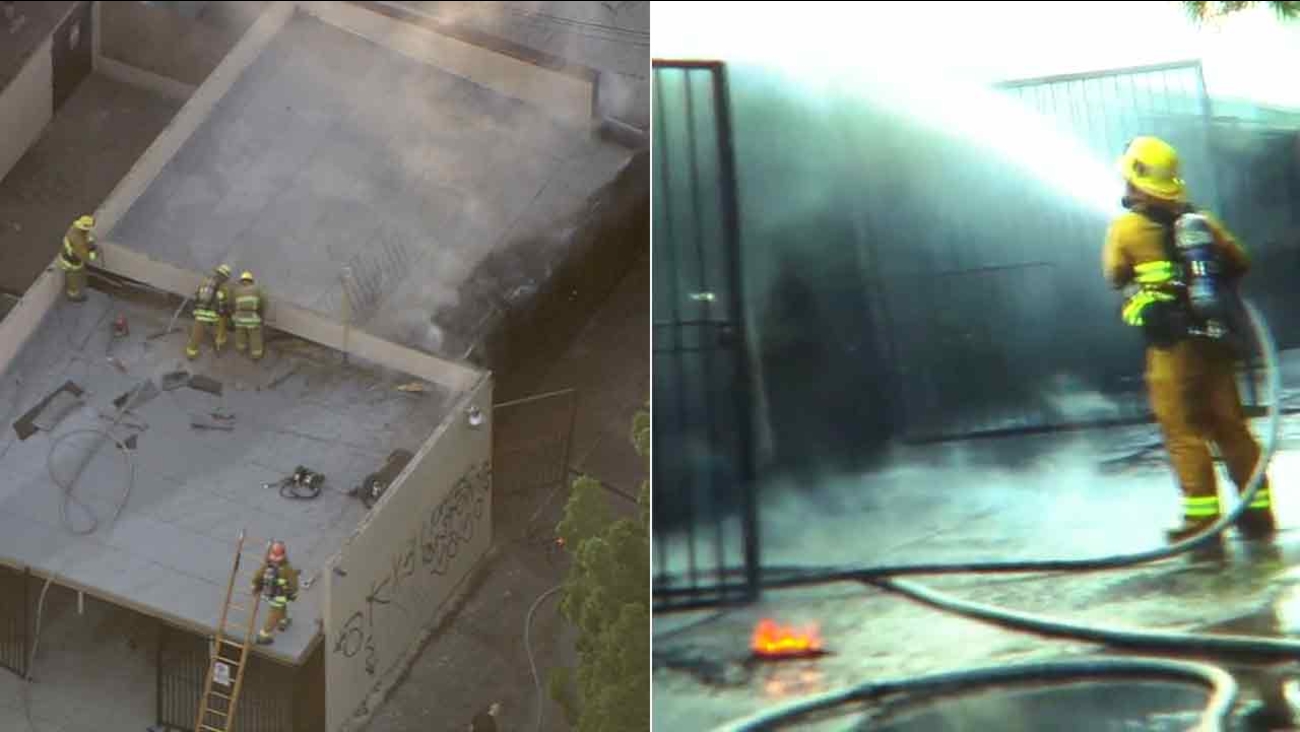 Firefighters are seen battling a blaze that erupted at a carport in the Valley Glen area on Thursday, July 1, 2016. (KABC)

VALLEY GLEN, LOS ANGELES (KABC) -- A man who police say was doused in gasoline and lit ablaze in the Valley Glen area died from his injuries early Friday morning.

Police said two men were arguing at a carport in the 6600 block of Woodman Avenue shortly before 8 p.m. Thursday when one poured gasoline on the other and set him on fire.

The victim was sitting in a car at the time of the incident, and the suspected attacker was standing outside of the vehicle.

The car that the victim was sitting in exploded, causing the carport to go up in flames.

Both men were hospitalized with serious burns. Officials told Eyewitness News that the victim died at the Los Angeles County+USC Medical Center's Burn Center around 1:10 a.m.

The suspect, who remained sedated at a local hospital, was expected to survive.