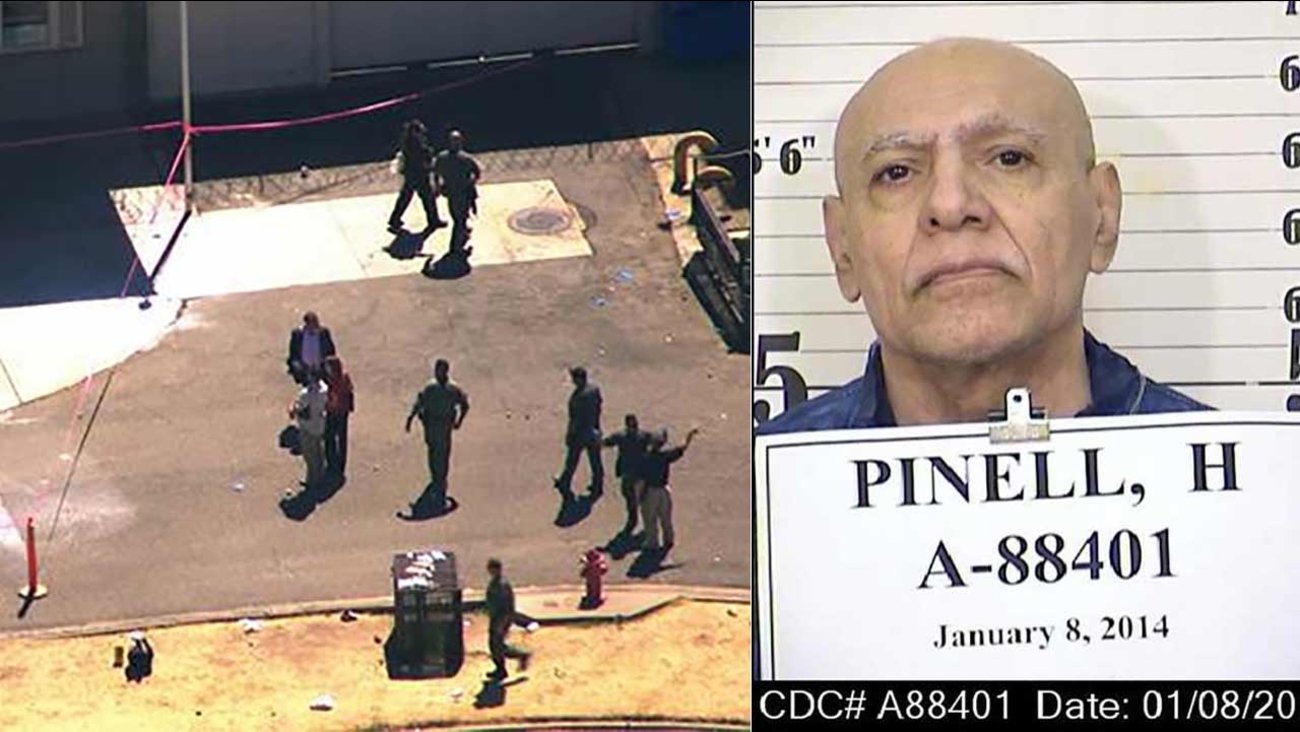 Hugo Pinell, a member of the infamous 'San Quentin 6', was killed by a fellow inmate at California State Prison-Sacramento Wednesday, August 12, 2015.

SACRAMENTO, Calif. (KABC) -- One inmate was killed and several others were injured after a riot broke out at California State Prison-Sacramento Wednesday afternoon.

About 100 maximum-security inmates began fighting at about 12:55 p.m. inside one of the prison's maximum-security yards after one inmate attacked another, "and then everyone else joined in," said Department of Corrections and Rehabilitation spokeswoman Dana Simas.

The riot at California State Prison-Sacramento, commonly called new Folsom prison, involved members of multiple prison gangs, she said. The cause of the riot is currently under investigation. Inmate-made weapons were used in the riot.

Correctional officers used pepper spray, less-than-lethal force options, and at least two warning shots from the Mini-14 to break up the riot.

Numerous inmates were injured, including five with stab wounds who were taken to an outside hospital for treatment. Other inmates were being treated at the prison's on-site medical unit. No prison staff was injured.

The inmate who was killed was identified as 71-year-old Hugo Pinell. He was initially committed to the California Department of Corrections and Rehabilitation on Feb. 17, 1965 from San Francisco County to serve a life with parole sentence for rape with force.

According to the CDCR, Pinell killed Correctional Officer R.J. McCarthey on March 3, 1971 at the Correctional Training Facility in Soledad. He was sentenced to serve life with parole on May 22, 1972.

Pinell was convicted of violently assaulting two correctional officers during the escape attempt and sentenced to life with parole on Sept. 1, 1976.