Naked man arrested after couple discovers him inside Venice home 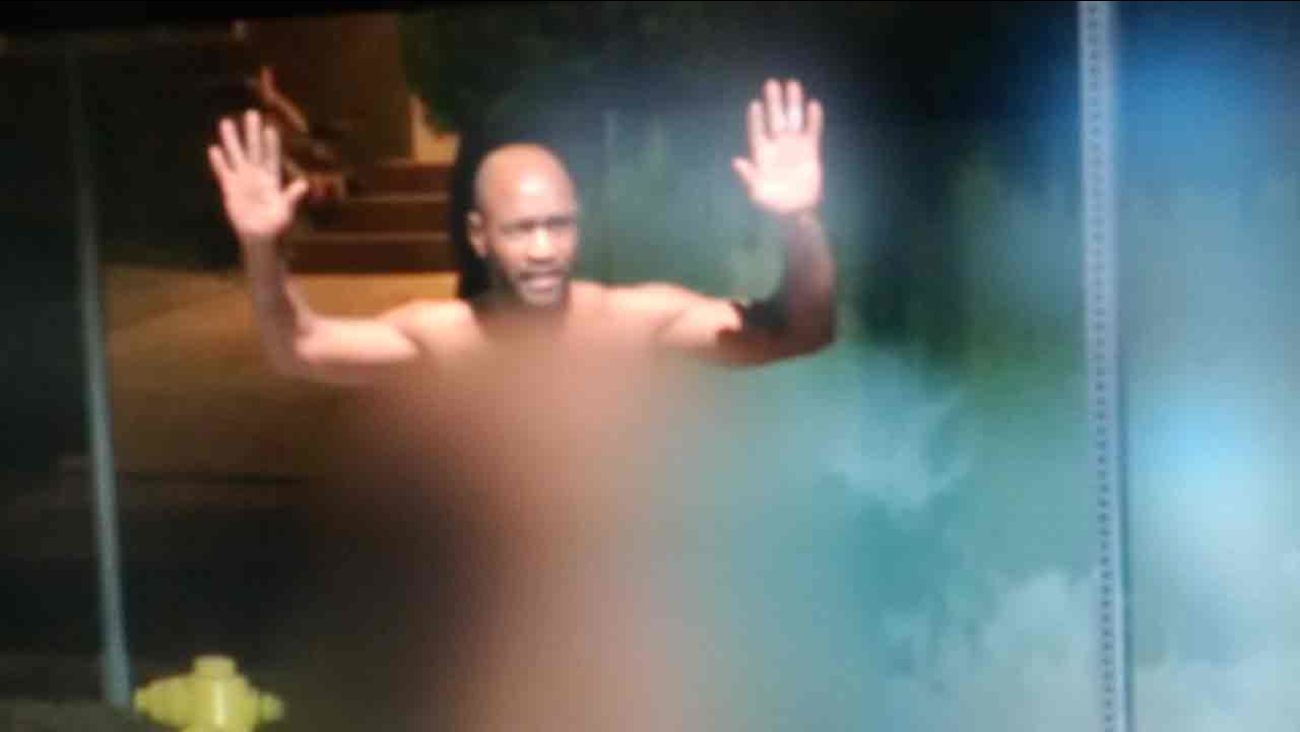 A naked prowler in Venice throws his hands up after being caught breaking into homes on Friday, Sept. 16, 2016.

VENICE, LOS ANGELES (KABC) -- It was a frightening wake-up call for a couple in Venice Friday morning as they found a naked intruder in their home.

Los Angeles police officers surrounded the suspected prowler in a Venice neighborhood and took the naked man into custody on Flower Avenue around 2 a.m. Authorities believe the suspect entered two houses before he was caught.

Police said residents of one home heard a noise and when they went to investigate, they found the suspect inside their house. Fortunately, they were able to chase him away and he ran down the block.

Eva Gonzalez was awakened by the police activity and watched from her window as officers pursued the naked man.

A neighbor told her the suspect had also entered his home. Residents said there had been several disturbing incidents in the area.

"Seen people drunk in the middle of the street waving bottles," said Venice resident Mehdirick Ehsani. "I mean, it's pretty crazy around this area. It's nice, but you also get everything."

"There's a problem because of the homeless," said another neighborhood resident. "It's a huge problem. I'm not even leaving my house to walk my dog when you see helicopters. You don't know what's going on."
Related topics:
venicelos angelesbreak innaked mancaught on camera
Copyright © 2021 KABC-TV. All Rights Reserved.
More Videos
From CNN Newsource affiliates
TOP STORIES
California calls for pause to distributing some Moderna vaccine