Nearly 160,000 pounds of drugs seized by US Coast Guard this year 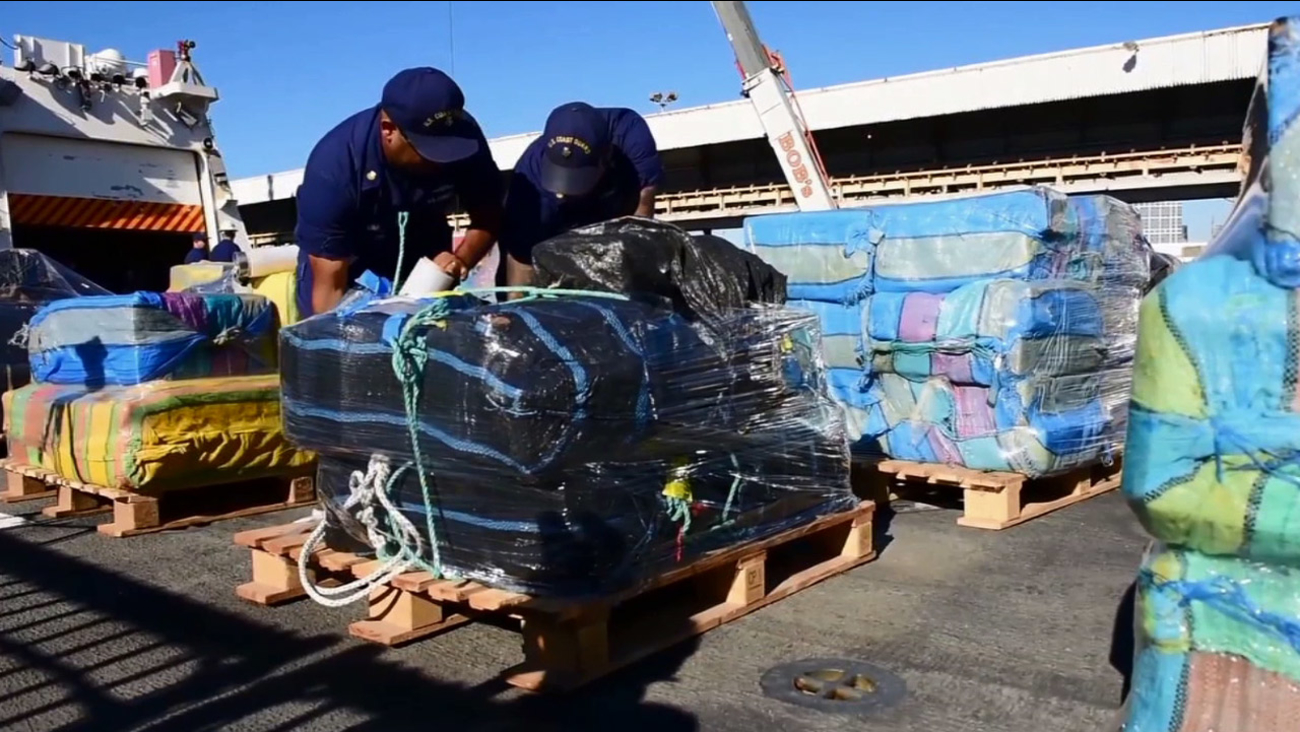 The amount seized is more than the last three years combined, and 50,000 of the drugs were taken in between late July and early November.

A video showed authorities unloading the drugs off a ship at a port in San Diego Thursday. The Coast Guard attributes part of its success with raids on a greater presence after the agency's operating budget was restored.
Related topics:
san diego countyillegal drugscocainedrug arrestcoast guarddrugs
Copyright © 2020 KABC-TV. All Rights Reserved.
More Videos
From CNN Newsource affiliates
TOP STORIES