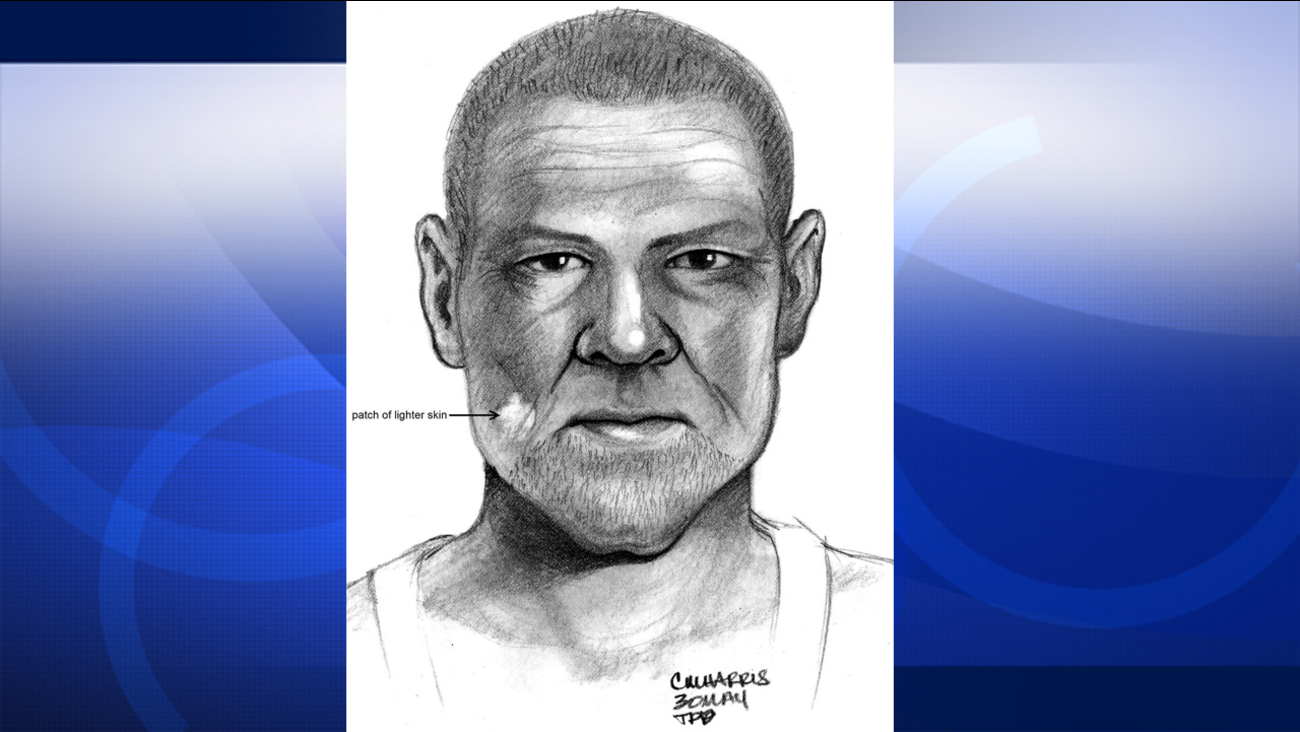 The Palos Verdes Estates Police Department has released a composite sketch of a suspect who attempted to kidnap an 11-year-old boy as he walked home on Thursday, May 28, 2015.

PALOS VERDES ESTATES, Calif. (KABC) -- Police have released a composite sketch of a suspect who allegedly attempted to kidnap an 11-year-old boy in Palos Verdes Estates on Thursday.

The incident happened at about 3:30 p.m. as the boy walked home from a school bus stop near Coronel Plaza and Via Margarita.

While at the bus stop, police say the boy was approached by two men in a 1980s-style Chevrolet van. The driver asked the boy for directions to "the promenade," police said.

As the boy attempted to find the driver directions on his cellphone, the suspect asked him to come closer. When he did, he heard the passenger side sliding door open and then felt someone grab his backpack in an attempt to pull him in the van.

The boy was able to break free from the suspect's grasp and run home. During the later investigation, the boy recalled seeing the exact same van in the area and time on Wednesday.

The suspect was described as a white male, approximately 40 to 50 years old, with a medium build, dark brown hair and dark tanned skin. A description of the second suspect, who attempted to pull the victim into the van, was not released.

The Palos Verdes Police Department released this sketch of a 1980s-style Chevrolet van driven by an alleged attempted kidnapping suspect.

The van was medium brown in color with a light-colored horizontal stripe running down both sides of the van. Police say the paint on the van was faded with miscellaneous areas of chipped paint along both sides.

The investigation is ongoing. Anyone with further information was urged to contact the Palos Verdes Estates Police Department at (310) 378-4211.