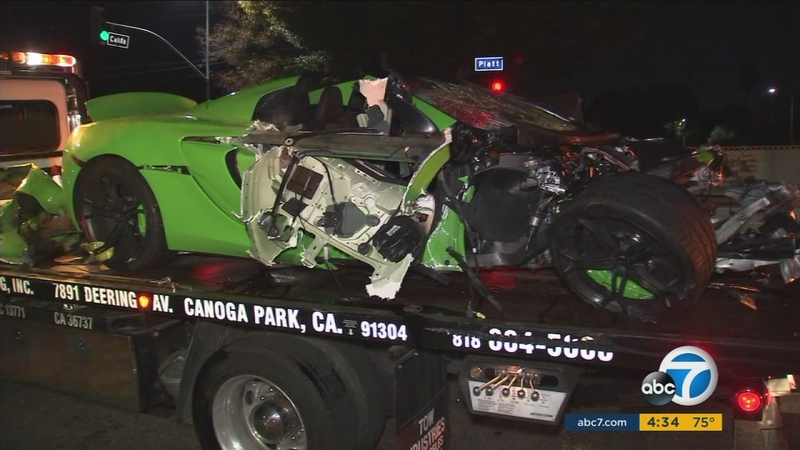 PANORAMA CITY, LOS ANGELES (KABC) -- Detectives are continuing to investigate a crash involving a McLaren and possibly two other vehicles in Woodland Hills that sent two people to the hospital and mangled the high-end sports car.

Police say the driver of the McLaren - which sells for more than $300,000 - was going faster than the 40 mph speed limit in Woodland Hills on Tuesday and investigators believe street racing may have been involved.

Officers are looking for another vehicle which is believed to have fled the scene, possibly a black Dodge Charger.

The driver of an Audi that was involved in the crash remains in the hospital with serious injuries. Police believe the McLaren was speeding when it collided with the Audi making a left turn.

The McLaren driver was injured in the crash, but has since been released from the hospital.