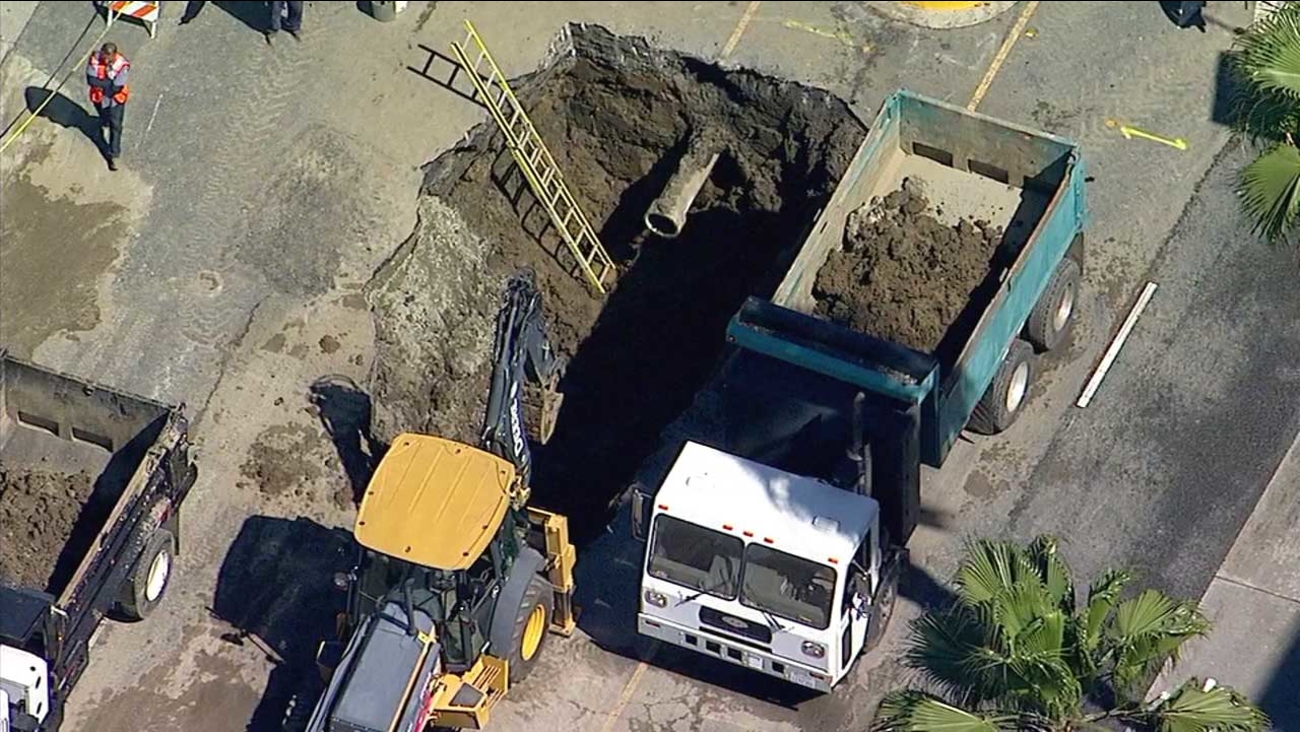 The recent bouts of heavy rain caused damage to either a storm drain pipe or a water main. This led to erosion of the surrounding dirt and concrete fill, causing the street above to partially collapse, according to Constance Farrell, the city's public information officer.

The sinkhole opened up on Colorado Avenue between Cloverfield Boulevard and 20th Street. Colorado Avenue was shut down in the area as Public Works crews worked to patch the pipe.

City officials said the repair work was expected to be completed before the end of Wednesday. Commuters were urged to avoid the area.