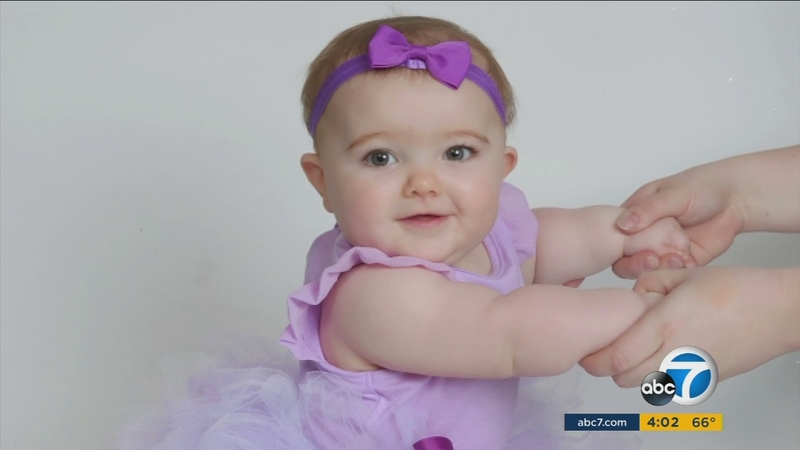 HEMET, Calif. (KABC) -- A mother is demanding justice and says her daughter's death could have been prevented after the 7-month-old died at a home day care in Hemet.

Kristin Watkins displayed a quilt made up of her daughter Addison's infant outfits. It's been almost two months since she lost her baby girl.

A report by the Hemet Fire Department detailed how the infant died while at the day care. It said Addison and her 3-year-old brother had been placed on their back on a beanbag asleep.

About 20 minutes later, the day care provider returned to find Addison faced down with her brother on top of her, the report said.

"It kills me to know my daughter was struggling to breathe. It was probably so painful for her," Watkins said.

The report said CPR was provided prior to paramedics arriving. Watkins said the coroner ruled her daughter's death asphyxiation due to smothering.

"This did not have to happen. I should still have my daughter here. I feel in my heart that charges need to be pressed or essentially her neglect killed my baby. I just feel that they need to do their job," Watkins said.

Eyewitness News reached out to Denise Worman, who operated the day care. She was not available for comment. The day care she ran out of her home has been shut down after state investigators discovered it was unlicensed.

Watkins said she received a voice message from Worman six days after her daughter's death.

"(She said) she did everything she could and that she was sorry," Watkins said.