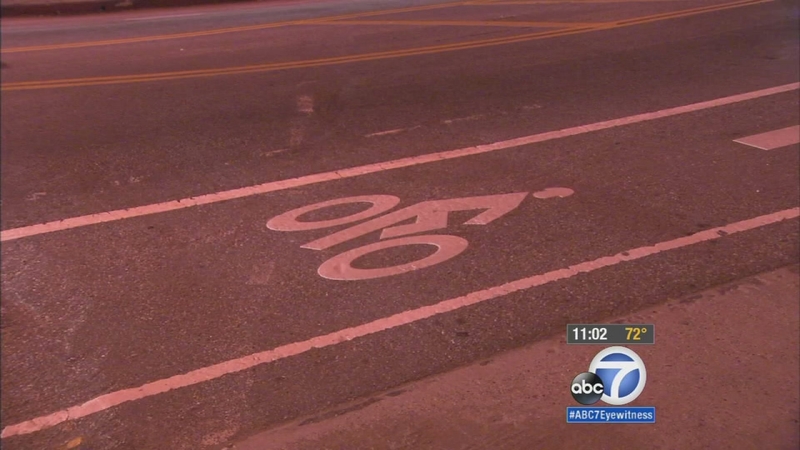 Video shows drivers get out of their cars and scream at each other on Angus Street -- once a quiet residential neighborhood.

Betsy Isroelit shot the video outside her front door. She says traffic there looks like this all the time now.

"Screaming starts, threats, people getting out of the cars, hands shaking," said Isroelit.

The traffic there intensified when nearby Rowena Avenue was reduced from four lanes to two lanes with a couple of bike lanes added. The plan was nicknamed the "Rowena Road Diet."

"This was a good intentions, it was a failed attempt," said Anne-Marie Johnson of Silver Lake.

Back in 2012, 24-year-old Ashley Sandau was leaving a restaurant and crossing Rowena Avenue by foot when she was struck and killed.

In response, then Los Angeles City Council member Tom Labonge pushed through the plan to reduce the lanes to slow traffic and prevent accidents.

In that sense, city leaders say it's worked. There were seven crashes in the first part of 2013, versus 15 crashes during the same stretch in 2008.

"It may have made Rowena a tad bit safer, but it's turned our small side streets into...it's just the wild wild west," said Johnson.

Citywide, L.A. is planning to create hundreds of miles of new bike lanes in what's being called Mobility Plan 2035. That undoubtedly means taking lanes away from cars.

Jerome Courshon says the rest of the city should learn a lesson from this road rage.

"The road diet needs to be reversed," said Courshon.

"I think that David Ryu will be the shining knight, the knight in shining armor that we're looking for here," said Courshon.

Connie Llanos, a spokesperson for the office of L.A. Mayor Eric Garcetti, issued the following statement:

The Mayor's Office has been working with LA's Department of Transportations, stakeholders and members of the community to address ongoing concerns on and around Rowena Avenue. This includes looking at cut-through traffic impacts on side streets and pedestrian circulation and safety.