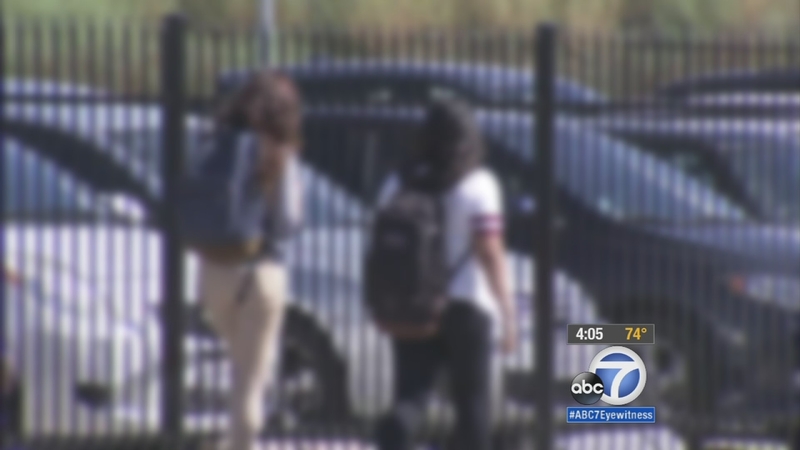 NORTHRIDGE, LOS ANGELES (KABC) -- The community is on alert around Cal State Northridge. Police are searching for a rapist who attacked a student near campus Saturday night.

The attack comes just one week after campus police issued an alert about another sexual assault on campus.

Saturday's attack has students at CSUN on edge. A 21-year-old student was assaulted in an alley between Vincennes and Plummer streets, not far from campus.

Police say the victim couldn't get into a campus concert because it had reached capacity, so she left. The attacker came up from behind and assaulted her.

Students on Monday said they are taking precautions.

"I make sure I have my phone in my hand, and the emergency, if you have an iPhone you can just call 911 really fast or your emergency contacts like your mom, your dad, anyone that's like close to you," student Ashy Rivera said.

Many of the students also point out it's very easy to get a fellow student to walk with you on campus or off if you are alone at night.

"They're actually really nice. I've met like random people and just said 'hi' to them, and they just talk to me," student Noemy Gil said.

But this isn't the only attack students are talking about. The Los Angeles Police Department is also investigating the sexual assault of a student in one of the dorms last weekend.

Investigators say the female student met her attacker at an off-campus party. They returned to her dorm, and she reported to campus police she was sexually assaulted.

A spokesperson for university police says they're working with the LAPD on both cases.

Police, meanwhile, are warning students to be aware of their surroundings.