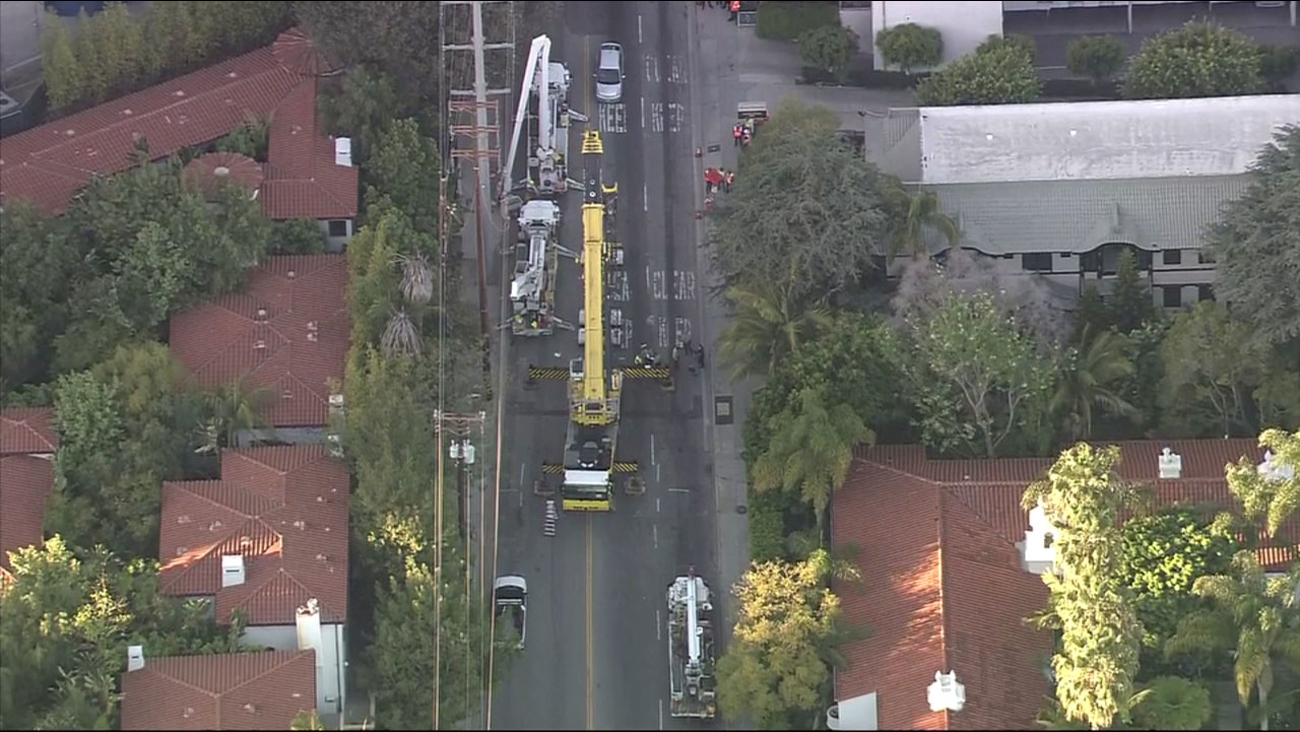 One person was killed after a crane accident in West Hollywood, according to officials.

Los Angeles County fire crews responded to a report of a person injured at Sunset and La Cienega boulevards around 4 p.m.

Officials said the victim was transported to a nearby hospital and later died.

SoCal Edison confirmed the person killed was a contractor with the company.