The Southern California Gas Company said it will attempt to capture the gas and burn it off or run it through charcoal filters to help mitigate some of the smell.

But as partial relief is on the way, officials said it will still take several months before the leaking well is capped.

The well, which has been leaking since October of 2015, has now created the biggest gas leak in U.S. history and the worst environmental disaster in the country since the 2010 BP oil spill.

Neighbors in the area are frustrated as they try to find answers from SoCal Gas.

"I can't get a straight answer and I've had some hilarious email responses and correspondences with them. It's been a lot of fun," Porter Ranch resident David Schwartz said.

Many living near the leaking gas well said they are suffering from health problems and don't know the long term hazards they've been exposed to.

"I have really bad asthma, it's uncontrolled. I've been taking my inhaler four times a day for the last three weeks. So it's been affecting my health. Also my dog, she has the same cough as me," Cindy Ahn of Chatsworth said.

As crews work to dig a relief well to stop the gas leak more than 8,000 feet underground, the SoCal Gas Company announced on Friday they will be capturing and burning off some of the gas that is escaping.

While local politicians welcomed the move, they said it should have come much sooner and it's still not enough.

"They are doing everything that's asked and that's the problem. They're reactive. There's not been any proactive Plan B contingency plan from day one," Los Angeles City Councilmember Mitchell Englander said.

Rep. Brad Sherman asked SoCal Gas to empty the leaking well as fast as they can.

He said the gas company instead is only emptying the gas as fast as they can sell it, telling ABC7 in a statement, "Unfortunately, SoCal Gas confirmed that they will not be withdrawing gas as fast as possible."

"This is a calculation of supply and demand, keeping enough gas in the reservoir that we can continue to supply the needs of Southern California and so we are withdrawing in a prudent way," Mike Mizrahi with the Southern California Gas Company said.
Related topics:
porter ranchlos angelesenvironmentgas leakgas fumes
Copyright © 2021 KABC-TV. All Rights Reserved.
RELATED 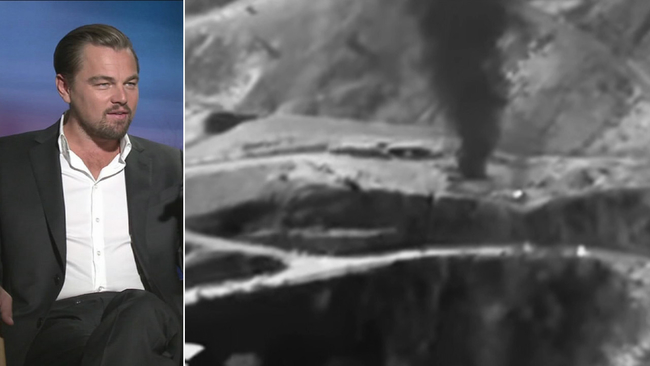