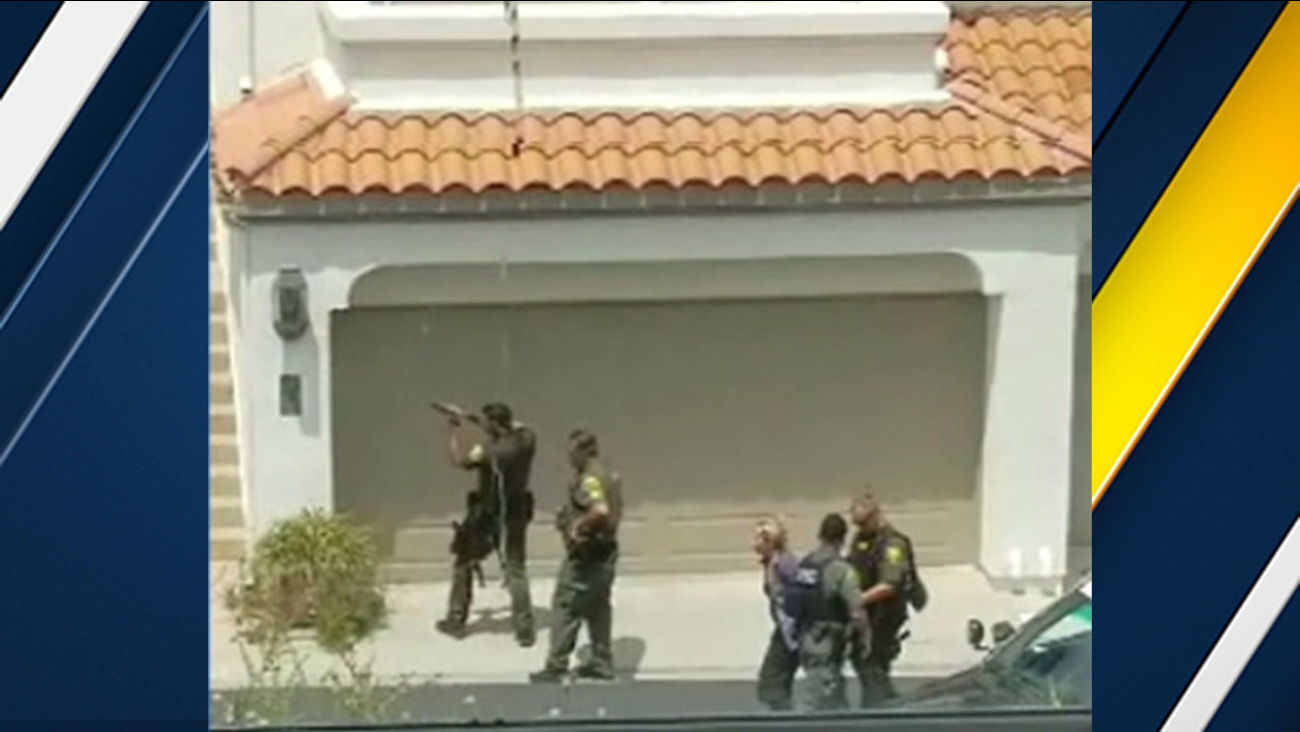 Orange County sheriff's deputies assist a woman who left a home in Dana Point where a gunshot was reported.

The incident on Centre Court began in the morning with a report of someone hearing a gunshot in the area.

Deputies arrived on scene and discovered a bullet hole at the condo and a man inside refusing to come out. A woman walked out of the home and talked to the deputies.

No injuries were reported, but out of concern for the safety of the neighborhood, nearby homes were asked to evacuate.

Deputies obtained a warrant and entered the home shortly after 9 p.m., using gas to help subdue the suspect.