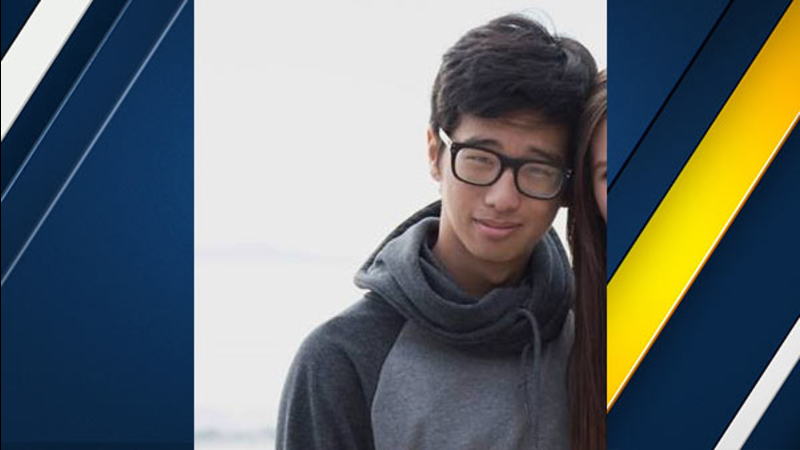 THOUSAND OAKS, Calif. (KABC) -- The student who died after an explosion in Thousand Oaks was identified as 18-year-old Bernard Moon, a coroner confirmed.

"He was my tutor, and he was the nicest kid I've probably known," said student Jack Finnerty.

Like many students at Thousand Oaks High School, Finnerty was in tears and wearing black to mourn the loss of the senior honor student.

Authorities said the explosion happened on the basketball courts at Madrona Elementary School at about 7:30 p.m. Monday. Moon was rushed to a local hospital, where he later died.

A 17-year-old was also taken to the hospital with minor injuries, deputies said.

The teens were experimenting with a skateboard attached to a homemade rocket as an engine, authorities said. The rocket was about a foot long and three-quarters of an inch in diameter, Ventura County sheriff's Capt. Garo Kuredjian said.

"It wasn't meant to go up into the sky," he said of the rocket. "It was meant to go horizontally to propel a skateboard."

The blast appeared to be "a tragic accident," he said.

Finnerty said Moon was working on a science project with a friend.

A meeting was being held at the school for the Boy Scouts and Girl Scouts at the time of the explosion.

"Nobody could really discern what it really was because it was a huge explosion, but it was just all at once. Just a 'boom!' That was it," Tammy Coburn, who was in the meeting, explained.

Ventura County sheriff's officials were investigating the incident. Madrona Elementary School was closed Tuesday due to the investigation.