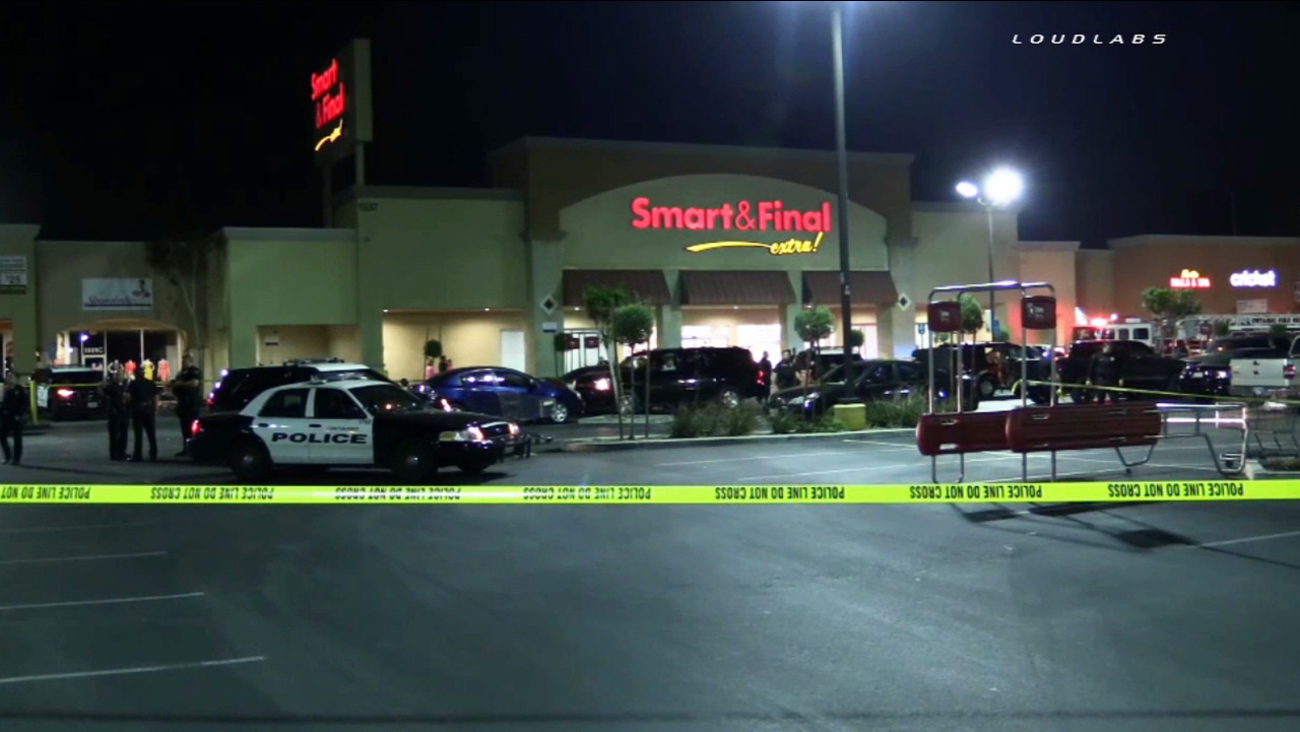 Ontario police investigate a shooting involving an off-duty Los Angeles County probation officer in the 1300 block of E. 4th Street on Friday, May 29, 2015.

ONTARIO, Calif. (KABC) -- A 26-year-old man who allegedly threatened a couple with a knife outside of a shopping center in Ontario Friday night was shot by an off-duty Los Angeles County probation officer.

Ontario police say the suspect, identified as 26-year-old Adrian Leatherman, approached the couple as they were loading groceries into their car. When the couple refused to give Leatherman a ride, he allegedly produced a knife and demanded a ride.

The off-duty officer drew his gun and ordered the suspect down to the ground, police said. Leatherman initially complied, but then became uncooperative. In fear for his and his family's safety, the officer shot Leatherman in the upper torso.

He was treated at the scene and transported to Arrowhead Regional Medical Center in Colton.

Leatherman will be charged with attempted carjacking following his release from the hospital. The officer was not injured.

The investigation is ongoing. Anyone with further information are asked to call Ontario police Detective Robert Marquez at (909) 395-2777.