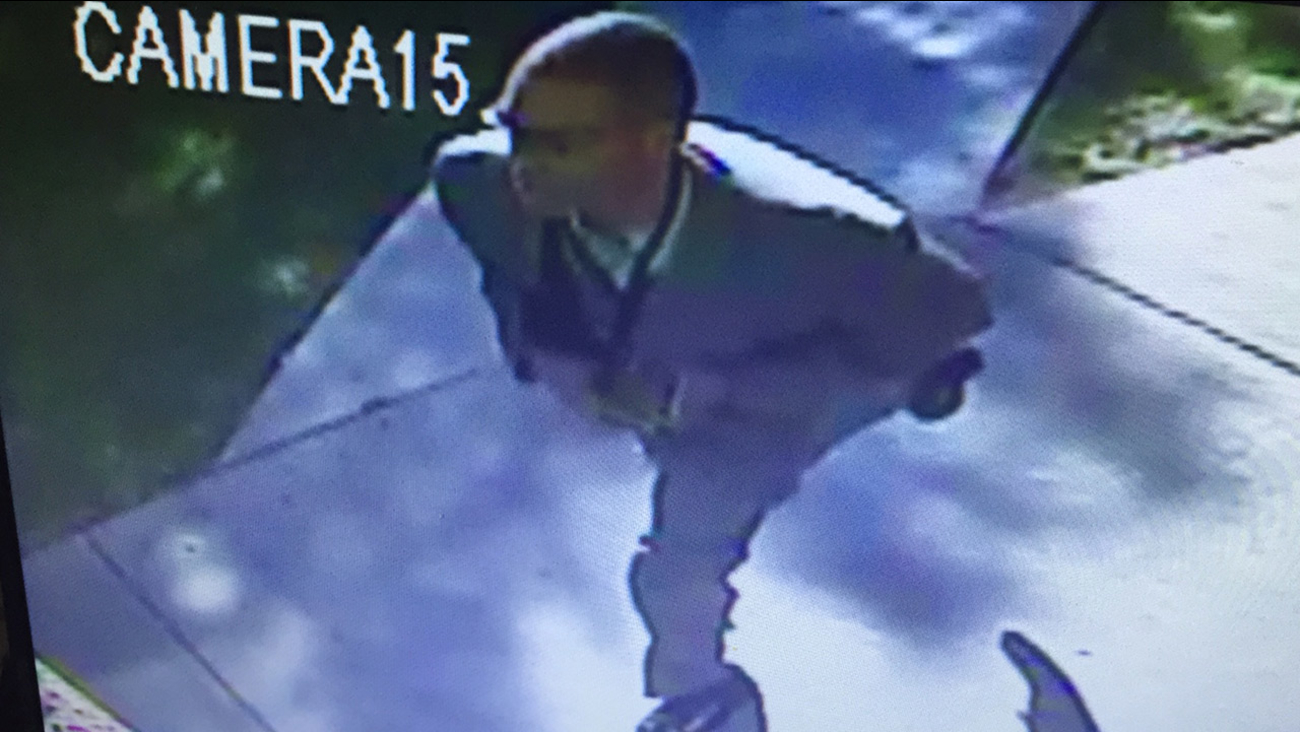 Surveillance photos shows a suspect who stole an envelope full of cash from a man exiting a Placentia credit union on Friday, Nov. 20, 2015. (KABC)

PLACENTIA, Calif. (KABC) -- Authorities are searching for suspect who stole an envelope Friday containing $6,000 from a 65-year-old man who withdrew the cash at a Placentia credit union.

Around 1:30 p.m., the victim walked out of SchoolsFirst Credit Union in the 300 block of East Chapman Avenue. The victim had withdrew the large sum of cash from his personal account and placed it in an envelope.

As he was about to put the envelope of cash into the back of his car, a suspect ran up to him, snatched the envelope from the victim's hand and fled the scene.

The victim chased the suspect until he jumped into a waiting car on Chapman Avenue. The car fled westbound down the road toward the 57 Freeway.

The suspect is described as a black man between his late 20s and early 30s who was wearing a gray shirt and black shoes. He also carried a black satchel. The car was described as a tan or white four-door sedan.