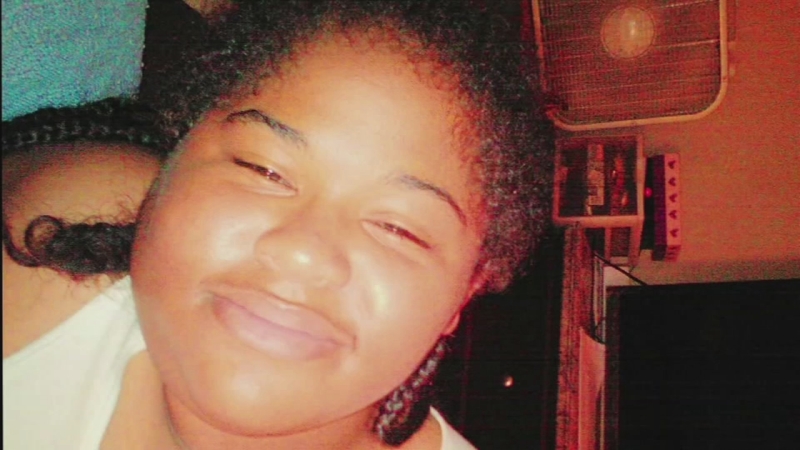 SOUTH LOS ANGELES (KABC) -- Police on Wednesday were searching for the gunman who shot and killed a 17-year-old boy and wounded two other teenagers the previous day in South Los Angeles, authorities said.

The shooting occurred in the area of 60th Street and Vermont Avenue as classes were ending for the day at nearby John Muir Middle School and Augustus Hawkins High School.

The victims were students at the high school, where parents expressed outrage and concern on Wednesday.

A vigil was held for a South Los Angeles teen gunned down on Tuesday.

The deceased victim was identified by family members as Kevin Cleveland, whose birthday was March 8.

"I want to know, from whoever you is, what did you gain from that? Let me know," said Kevin's cousin, who gave her name only as Shantneal. "I need to know something. What was it? I don't understand it, I just don't."

Police on Wednesday were searching for the gunman who shot and killed a 17-year-old boy and wounded two other teenagers the previous day in South Los Angeles.

Kevin and the two other victims were walking home from school when a gunman exited a car and opened fire. The two survivors were in critical condition Wednesday.

Kevin's mother, Ladrena, said that after she heard the gunshots she "just jumped in my car and went to try to find him."

"That's what we have to go through around here," she added.

A description of the shooter's vehicle was not available. He was described only as a man in his 20s.
Related topics:
south los angeleslos angeleslos angeles countylos angeles police departmenthigh schoolchild injuredlapdgun violenceshootingteen killedchild killed
Copyright © 2021 KABC-TV. All Rights Reserved.
RELATED