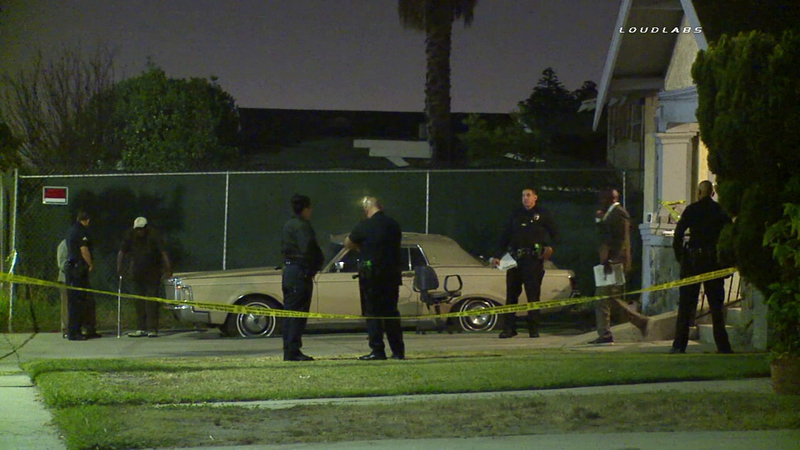 EXPOSITION PARK, LOS ANGELES (KABC) -- A 2-year-old girl was killed and her mother left in critical condition after a double-stabbing in Jefferson Park on Monday, according to police.

Officials said the stabbings happened inside a home located in the 3500 block of Arlington Avenue at about 9:50 p.m.

The mother and toddler were both stabbed by a suspect who then fled the scene, authorities stated.

Both the mother and toddler were taken to the hospital. The toddler was later pronounced dead.

The mother was listed in critical condition.

Officials had not yet identified a suspect in connection with the stabbings.
Related topics:
exposition parklos angeleschild stabbinglapdmother attackedstabbing
Copyright © 2021 KABC-TV. All Rights Reserved.
TOP STORIES
San Bernardino fire erupts near 215 Fwy, prompting evacuations
Search resumes for Brian Laundrie in Gabby Petito case
Video: Tourist taken to hospital after melee on Hollywood Walk of Fame
Search continues for homeless man who slammed into LA pedestrian
Hollywood Burbank Airport shut down after person runs onto runway
Heat advisories issued for most of SoCal on first day of fall
Movie and film workers might be headed toward a strike
Show More
'No one would be spared': Debt default would set off dire consequences
California struggles to conserve water amid historic drought
Conor McGregor prompts comparisons to worst first pitches in history
Growing scam targets Bank of America and Zelle customers
Woman safe after video of possible abduction in Bell Gardens
More TOP STORIES News