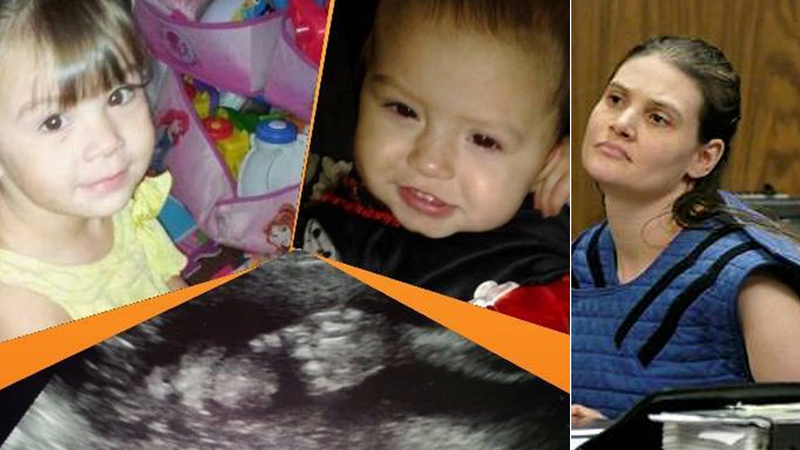 COMPTON, Calif. (KABC) -- A South Bay mother was given three life sentences without the possibility of parole on Monday for stabbing and beating her three young daughters to death in 2014.

Carol Ann Coronado, 32, was convicted in November 2015 of three counts of first-degree murder in the deaths of her three daughters - 2-year-old Sophia, 16-month-old Yazmine and 2-month-old Xenia.

Authorities say Sophia and Yazmine were stabbed to death, while Xenia was beaten to death.

The girls' bodies were found inside the family's home in unincorporated Carson in May 2014.

Her lawyer argued that Coronado suffered from postpartum depression at the time of the murders, and she should be sent to a mental health institution.

"The days leading up to what happened, there was signs. I didn't know what to do, but I never knew nothing like to this extreme to happen. Never even expected nothing like this to ever happen, because she was not a violent person," said Rudy Coronado, the girls' father.

The judge said the court believes she needs treatment but it would have to be in state prison.

"I think there was a lot of evidence to show that she was in fact suffering, and there was no resources or means to see and go from there. They just didn't know what to do," said Stephen Allen, Carol Ann Coronado's attorney.

Coronado's attorney said he intends to request a new trial for her, as well as file an appeal on her behalf.

"It's real hard to say forgive, but I am an understanding person and a realist and I realize this is a real disease," said Rudy Coronado.