VIDEO: Suspect shot and killed by police in San Francisco 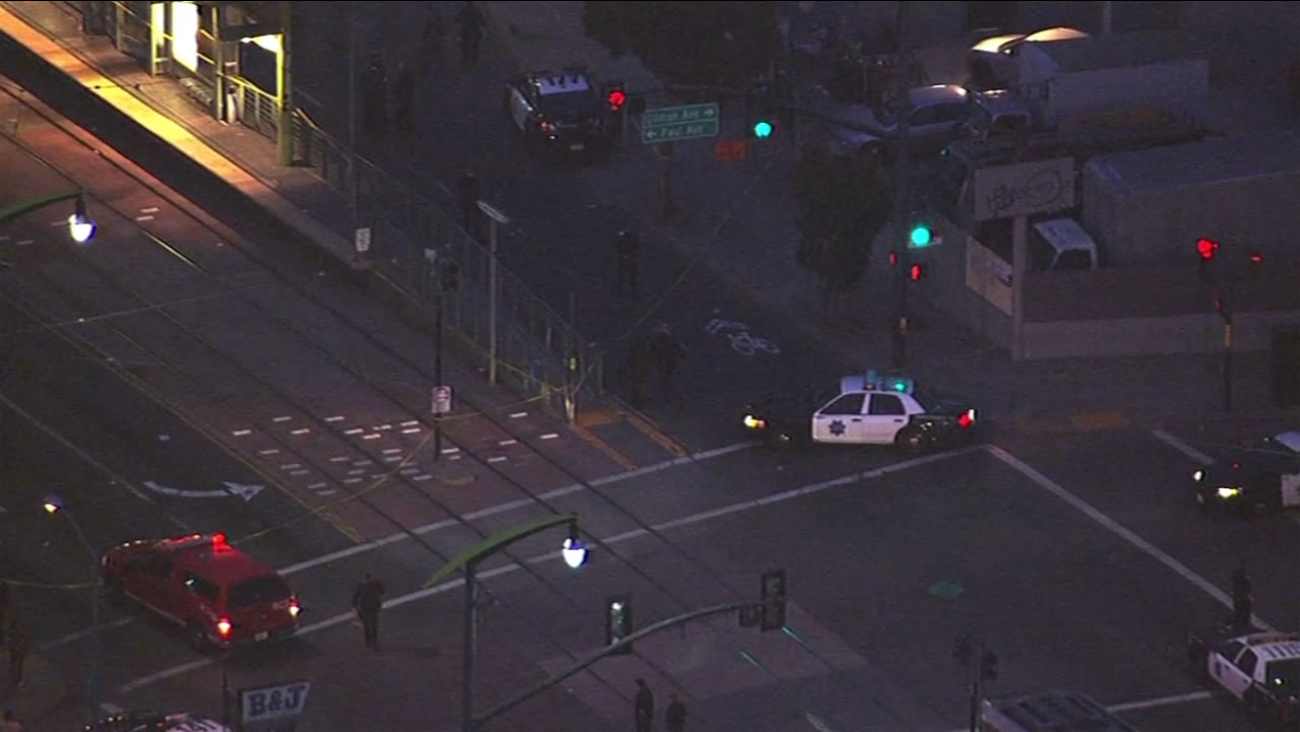 San Francisco police officers were on the scene of an officer-involved shooting at Third Street in the Bayview District December 2, 2015. (KGO-TV)

The incident happened at about 4:50 p.m. near Third Street and Paul Avenue.

The suspect, a man in his 20s whose name has not yet been released, was involved in an earlier stabbing nearby, according to police.

Police have released scant details about the incident. However, a video posted to Instagram, apparently filmed by a bystander, appears to show a man limping on the sidewalk and surrounded by police officers.

WARNING: Some may find the video below graphic in nature


In the video, someone urges the man to "just drop it," then seconds later a number of shots ring out.

The officer-involved shooting comes as the San Francisco Police Commission was considering policies Wednesday evening for body-worn cameras by the Police Department's officers.

The cameras, not yet worn by officers, are slated to be deployed in San Francisco sometime in 2016.
Related topics:
northern californiaofficer involved shootingshooting
Copyright © 2020 KGO-TV. All Rights Reserved.
More Videos
From CNN Newsource affiliates
TOP STORIES