What Trump Has Said About a Muslim Registry 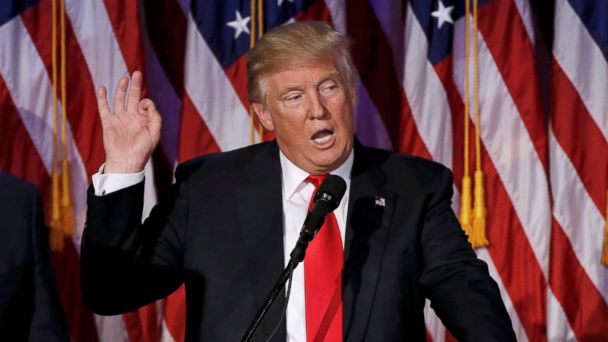 President-elect Donald Trump's team said today that he had never advocated for "any registry or system that tracks individuals based on their religion" -- despite statements in the past that may be at odds with that.

"President-elect Trump has never advocated for any registry or system that tracks individuals based on their religion, and to imply otherwise is completely false," Jason Miller, Communications Director of the Presidential Transition Team, wrote in a statement. "The national registry of foreign visitors from countries with high terrorism activity that was in place during the Bush and Obama Administrations gave intelligence and law enforcement communities additional tools to keep our country safe the President-elect will release his own vetting policies after he is sworn in."

In an interview with NBC News last November, Trump was asked: "is there going to be a database that tracks the Muslims here in this country?"

The remarks were made after a rally, and there was speculation by some on social media afterwards that Trump did not hear the entirety of the question, because he refers to the border in his answer.

"But that's something your White House would like to implement?" the reporter presses.

"Oh I would certainly implement that. Absolutely." Trump answers.

But Trump continues to talk about the logistics of implementing such a database at length.

"But for Muslims specifically, how do you actually get them registered in a database?" the reporter asks. Trump responds: "It would be just good management. What you have to do is good management procedures and we can do that."

He also responds to a question about going to mosques to "sign these people up." "Different places, you sign them up at different, but it's all about management, our country has no management," Trump says.

Trump tweeted afterwards that he didn't suggest the idea of a database -- but did not retract his response.

In an interview with Yahoo News in November 2015, Trump did not rule out the idea of a database or a special form of identification for Muslims.

Trump was asked if that would include "registering Muslims in a database or giving them a form of special identification that noted their religion."

The Des Moines register subsequently asked about the Yahoo interview.

The report says the first time Trump was asked about his remarks, he said: "I certainly wouldn't want to do it but we have to be vigilant, we have to be very careful."