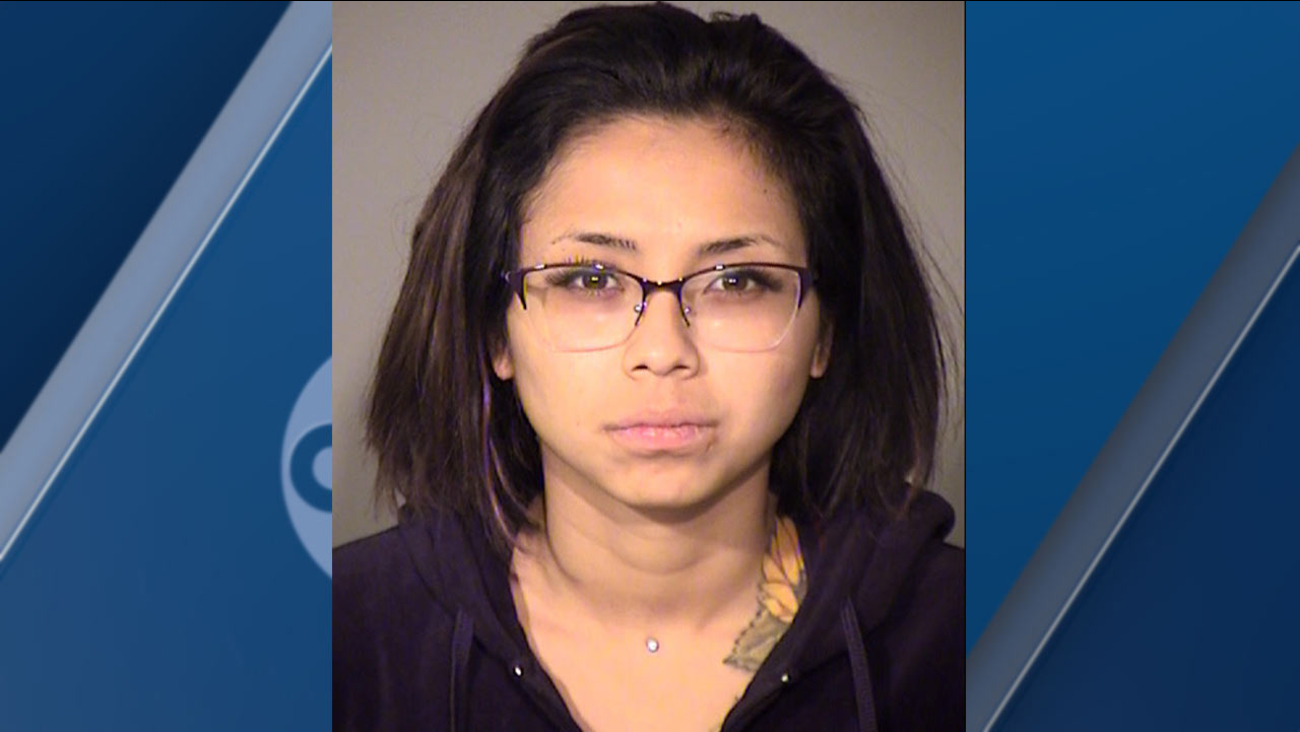 VENTURA, Calif. (KABC) -- A 21-year-old woman was arrested after she allegedly set her ex-boyfriend's car on fire in Ventura.

Ventura police received a call from 32-year-old resident William Skinner around 8:30 p.m. Sunday saying his ex-girlfriend, later identified as Jacqueline Zavala-Lopez, was trying to break the front window of his home.

Zavala-Lopez fled the scene before law enforcement arrived, but while officers were still nearby, Skinner received a text message from Zavala-Lopez telling him to check his car, which was parked in a complex across the street.

Investigators said Zavala-Lopez had intentionally set Skinner's car on fire. The blaze was extinguished and no injuries were reported, but officials said the car was a total loss.

Skinner told police that Zavala-Lopez may be trying to skip town and by catching a bus to Las Vegas. Working with police, Skinner convinced his ex to meet him in downtown Ventura, where she was spotted by authorities near a Starbucks at Main and Chestnut streets and arrested.