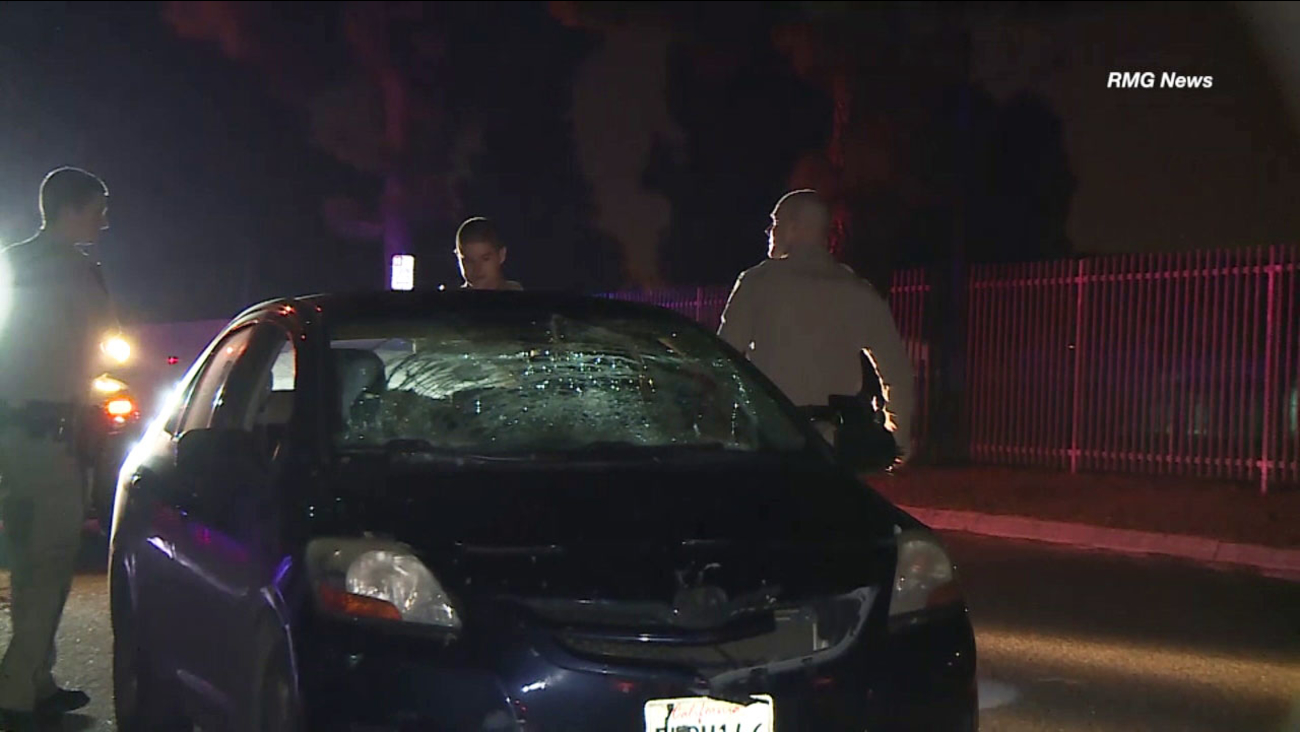 Authorities investigate a car involved in a crash that killed a female pedestrian in Compton on Thursday Jan. 26, 2017.

COMPTON, Calif. (KABC) -- A woman in her 50s was struck and killed after a crash in Compton, California Highway Patrol officials said Friday.

South Los Angeles CHP officers responded to a call of a hit-and-run crash on E. Willowbrook Avenue, south of 124th Street, at about 10 p.m. Thursday night.

The victim struck was rushed to a nearby hospital, where she later died, authorities said.

Police know of at least one vehicle involved, but they may also be looking for a second car, which would make the deadly crash a hit-and-run investigation.