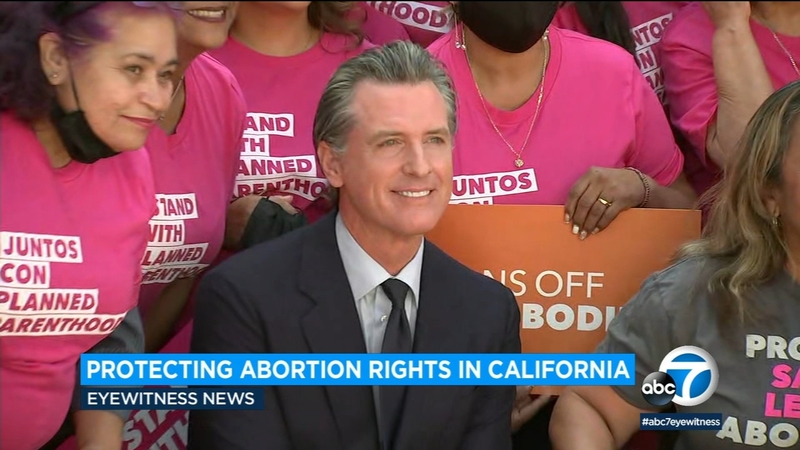 Flanked by more than a dozen Planned Parenthood supporters, the governor delivered his remarks at one of the organization's facilities in South Los Angeles. In nearby downtown L.A. on Tuesday night, police and more than 200 abortion-rights supporters squared off on the streets in a confrontation that left one officer injured.

Speaking passionately at times, Newsom insisted that California will remain a "beacon of hope'' for women across the U.S. seeking abortions or other reproductive health care that could be barred in other states. He urged voters to "wake up" and recognize that basic rights are under attack.

"I think folks should be really pissed off at this moment,'' Newsom said.

Already home to some of the most expansive abortion protections in the country, California lawmakers vowed to go further on Tuesday by becoming one of the first to guarantee a right to an abortion in a state constitution.

California already uses taxpayer money to pay for some abortions through its Medicaid program. And it requires private insurance companies to cover abortions while stopping them from charging things like co-pays and deductibles for the procedure.

Newsom's office said its goal is to put the amendment on the ballot this November, though lawmakers will have to act quickly to make that happen. They have to vote on it before the end of June to give state officials enough time to print the ballots.