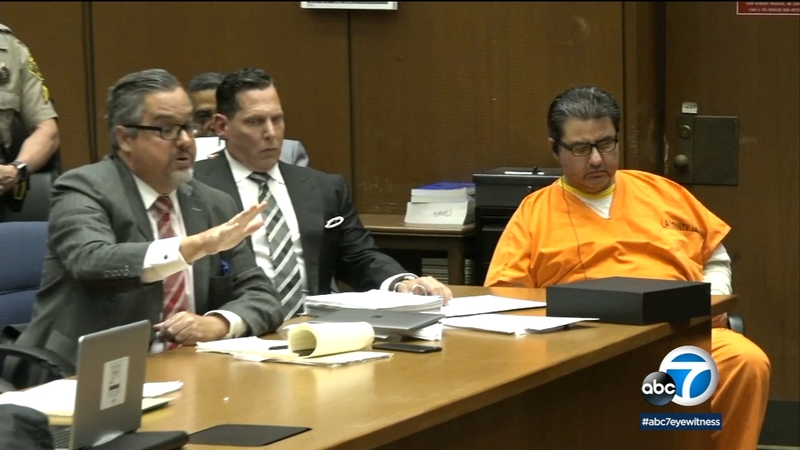 LOS ANGELES (KABC) -- The leader of the Mexican megachurch La Luz De Mundo was ordered held without bail Tuesday as he faces charges of child rape and other sex charges.

Attorneys for Naasón Joaquín García had been asking for a reduction in his $50 million bail, but a judge sided with prosecutors who say he's a danger to the community.

The decision comes from a judge following a two-day hearing that included witness testimony.

Law enforcement officers who testified at the bail hearing Monday said $5 million had been raised by numerous people for García's defense - 10% of his previous $50 million bail. Defendants who can post 10% of their bail typically are released pending further court actions.

Garcia is accused of coercing his victims into performing sex acts by telling them they were going against God if they refused.

He denies the accusations and his attorneys say they plan to appeal the bail ruling.