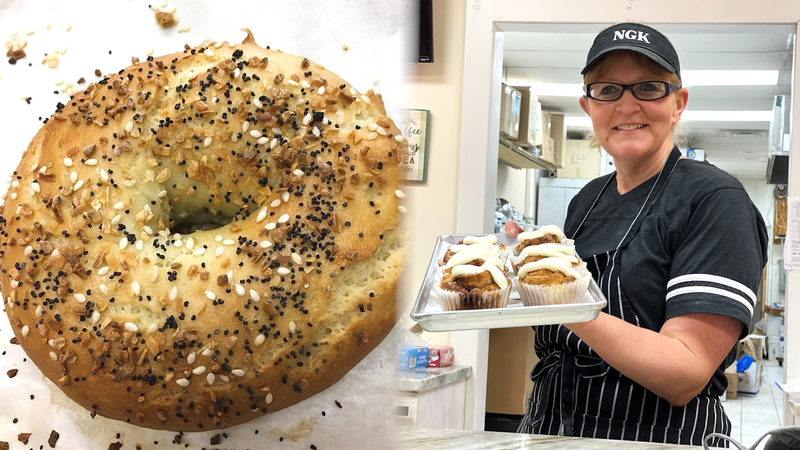 Bakery sells only gluten-free sweets and desserts on Long Island

BOHEMIA, New York -- Jennifer Zimmerman has always been an early riser. So when she decided to open up her bakery, she knew what she was getting into with an early start time.

As early as two in the morning, you can find her at her shop, preparing for the day and checking off her to-do list.

However, Zimmerman is not any ordinary bakery owner. 'No Gluten Kneaded', her storefront, is entirely gluten-free.

"I started becoming gluten-free after I started a diet called whole 30," said Zimmerman. "It's a diet where you take things out and put things back in slowly, and every time I tried to bring gluten back in, I just didn't feel right."

Zimmerman is not professionally trained but started at a young age learning everything she could baking with her mom.

Adapting to the gluten-free lifestyle and doing extensive research, she started taking her favorite dessert recipes and made them entirely gluten-free.

"There's no cross-contamination here," said Zimmerman. "Nothing is allowed in that is not gluten-free."

Zimmerman's menu is always changing, but some of her crowd favorites are the chocolate chip cookies, cinnamon rolls, muffins, and brownies.

In addition to her Bohemia storefront, Zimmerman sells some of her goods for wholesale, specifically her gluten-free bagels which can be found throughout Long Island.

No Gluten Kneaded could be finding a new storefront soon so that Zimmerman can have a bigger space where customers can enjoy their treats inside the cafe.

"If you're ever in the need of some gluten-free treats, you come to us," said Zimmerman.