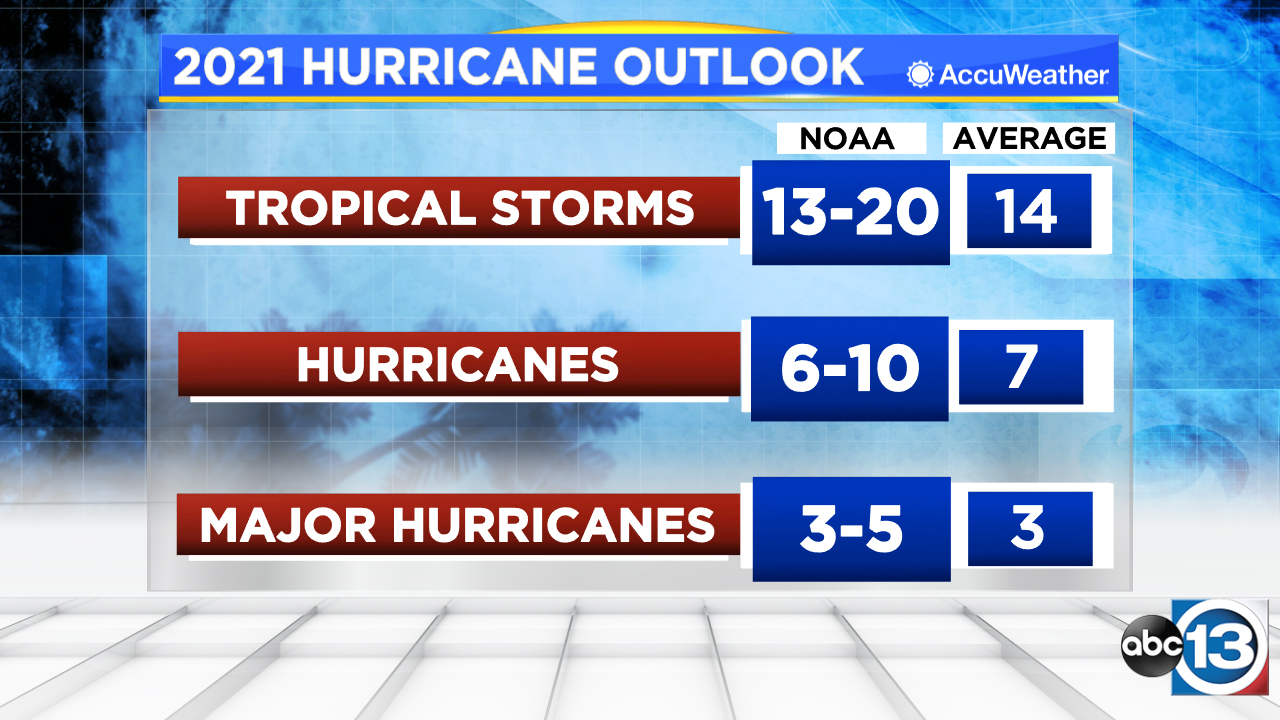 "Now is the time for communities along the coastline as well as inland to get prepared for the dangers that hurricanes can bring," said Secretary of Commerce Gina Raimondo. "The experts at NOAA are poised to deliver life-saving early warnings and forecasts to communities, which will also help minimize the economic impacts of storms."

NOAA's outlook comes more than a month after news that the average number of hurricanes has increased in the Atlantic basin.

In April, scientists with Colorado State University predicted the 2021 season would be above average. The team said 17 named storms and 8 hurricanes are expected, with four of those predicted to be major storms.