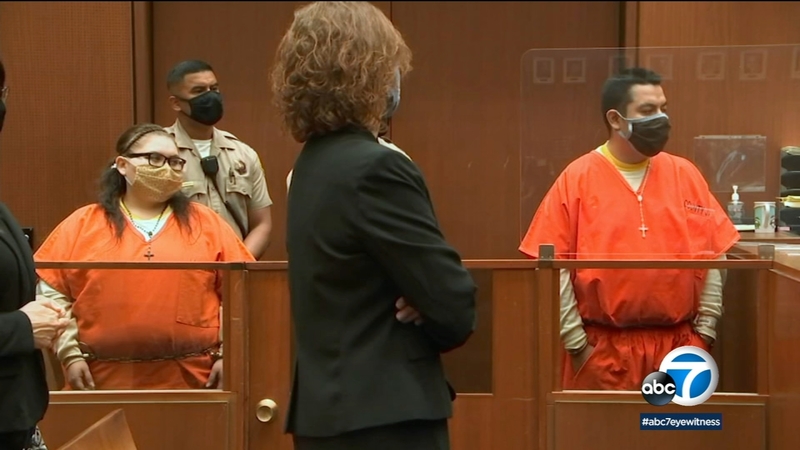 PALMDALE, Calif. (CNS) -- The parents of a 4-year-old Palmdale boy pleaded not guilty on Thursday to a grand jury indictment charging them with murder and torture in their son's July 2019 death.

Jose Maria Cuatro Jr., 28, and Ursula Elaine Juarez, 26, were indicted Jan. 23 on those charges in the death of their son, Noah Cuatro.

The indictment also charges the boy's father with one count each of assault on a child causing death and a newly added count of sexual penetration of a child under 10, with the indictment alleging that the latter crime occurred on the same day the boy was attacked.

The boy's mother is additionally charged with one count of child abuse under circumstances likely to cause death.

A Los Angeles County court ruling on Thursday ordered the unsealing of transcripts of the grand jury proceedings in the case involving the death of Noah Cuatro.

The two are due back in court for a pretrial hearing Dec. 8 in Lancaster, where the case was sent for trial.

Cuatro -- who has remained behind bars since his arrest last Sept. 26 -- could face a maximum of 47 years to life in state prison if convicted as charged.

Juarez -- who was arrested the same day -- could face up to 32 years to life in prison, according to the Los Angeles County District Attorney's Office.

The youngster was taken first to Palmdale Regional Medical Center and then to Children's Hospital Los Angeles, where he was pronounced dead the next day.

Sheriff Alex Villanueva announced the following week that an investigation was underway into the boy's death. The sheriff said Noah lived with his parents and three siblings, who were taken into protective custody.

On July 1, the boy's great-grandmother, Evangelina Hernandez, filed a wrongful death lawsuit against Los Angeles County on behalf of herself and the boy's sister and two brothers, alleging that his death occurred after multiple reports of abuse had already been made to the Department of Children and Family Services.

After Noah's death, DCFS social workers made threats against Hernandez "in an attempt to silence her," the lawsuit alleges.

The social workers told Hernandez that if she made any public statements about Noah's case and/or potential lawsuits, she would lose her request for guardianship of her other three great-grandchildren and would never see them again, the suit states.

The DCFS previously issued a statement regarding Noah's death.