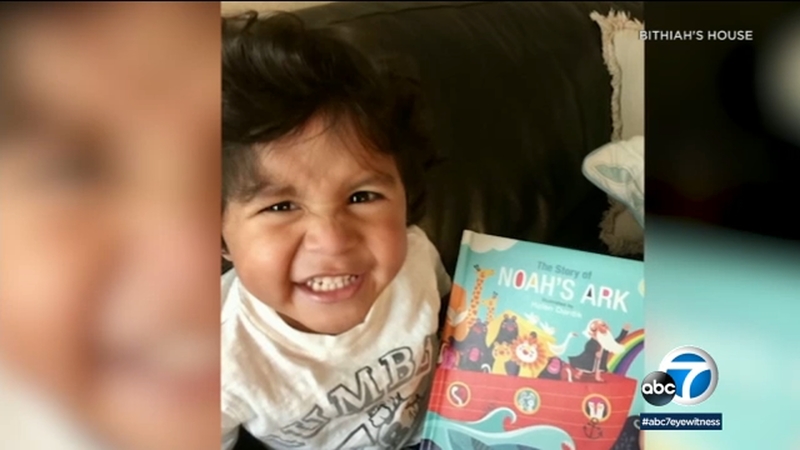 LOS ANGELES (KABC) -- More details are coming out about the suspicious death of a 4-year-old boy in Palmdale.

The initial report said Noah Cuatro died due to injuries at a community pool last week. But officials are investigating after they said they found trauma to Noah's body that was inconsistent with drowning.

Now we're learning that Noah had a history with the Department of Children and Family Services.

A woman who runs a foster home where Noah stayed temporarily spoke to Eyewitness News.

Bithiah's House is a residential treatment center for infants and toddlers in the foster care system who may need a higher level of medical care.

She says when he arrived he was malnourished and unable to walk. When he left he was a thriving little boy.

"He was such a joy," Thompson recalls. "He had this crazy wild brown hair and he was so joyful."

Thompson says Noah came to them when he was about 2 years old. He was malnourished and unable to walk.

Thompson says he stayed with them for seven months and left after he learned how to walk and needed less medical care.

He moved away to live with another foster care family.

And then eventually returned to his biological parents' care.

Noah died last week. Detectives say he was living with his biological parents.

Detectives from the Los Angeles County Sheriff's Department are conducting an investigation into the death of a toddler in Palmdale.

The Los Angeles County Sheriff's Department is investigating his death as suspicious. Detectives say his parents told them he drowned in a community pool at their apartment complex in Palmdale but trauma to his body was inconsistent with drowning.

"It's devastating, it's sickening and it makes me angry because I feel like it could have been prevented," Thompson said.

Investigators say there were previous reports to DCFS concerning the welfare of Baby Noah. Sheriff's department officials say they can't go into detail just yet because they are still gathering facts.

DCFS says it's unable to confirm or comment on whether a child or family has been involved with the agency due to confidentiality rules.

The sheriff's department says it has interviewed Noah's parents, and so far they are not in custody, they have not been charged.