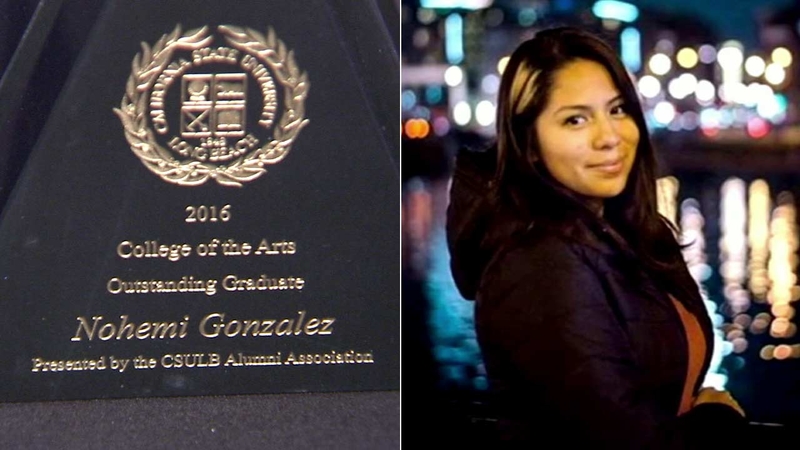 She was recognized as an outstanding graduate at the school's Alumni Awards Banquet held at the Hyatt Regency in Long Beach.

The 23-year-old El Monte woman was studying design abroad in Paris at the Strate College of Design at the time of the attacks. She was killed Nov. 13 while eating with friends at a bistro.

CSULB's Department of Design says Gonzalez was known as a hard worker who made a profound impression on many people.

Her family was on hand to receive her award.

"Of course we would like better for Nohemi to be here to receive this award, but it's an honor and I think this is like a legacy for the community for the young people to get inspired," said Beatriz Gonzalez, Nohemi's mother.