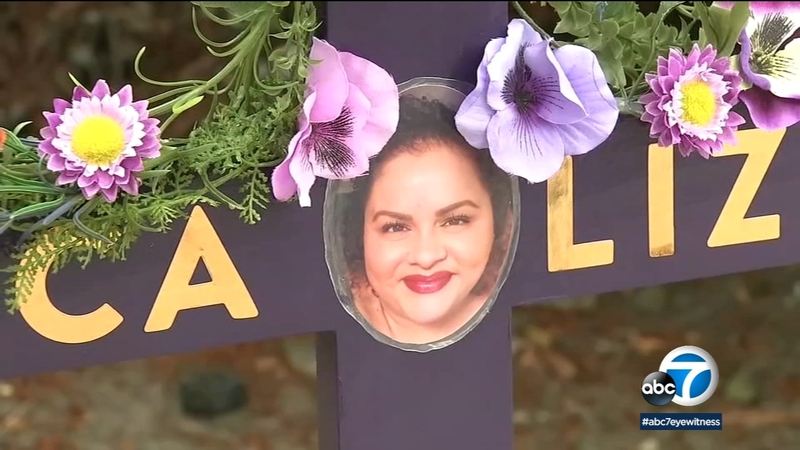 NORTH HILLS, LOS ANGELES (KABC) -- A North Hills woman was killed in a violent car crash back in March, but three months later, there's still no breakthrough in the case. Her heartbroken family is calling on the police for answers.

A grieving family is mourning the loss of 33-year-old Bianca Tapia, killed after a driver allegedly blew a red light and slammed into her car. They held a vigil on Saturday at the site of the crash.

"She was an amazing young lady. She got her education. She had a psychology degree. She worked with kids with autism," said Bianca's mother, Nancy Tapia. "So that makes her very special, aside from how much she cared about us, and the rest of our family. Very caring, very loving, giving. She was a great daughter to me. My heart is broken. I'm devastated by her loss."

Bianca's family says they thought the Los Angeles Police Department was going to present the case to the district attorney's office on Friday, but they aren't sure if that happened and have received no updates on the case from police.

According to an LAPD press release shared just after the crash, investigators say 26-year-old Manuel Sandoval was speeding south on Woodley Avenue when he ran a red light, and collided into Bianca's car.

Sandoval was taken to the hospital after the crash, and is expected to be booked into jail for murder once he is cleared for booking.

The family believes that the other driver involved in the crash is not in custody.

"My daughter hasn't gotten justice," Tapia said. "This individual is still not in custody, and I don't think that's fair for our family, that he gets to be out and about, and my daughter gone forever."