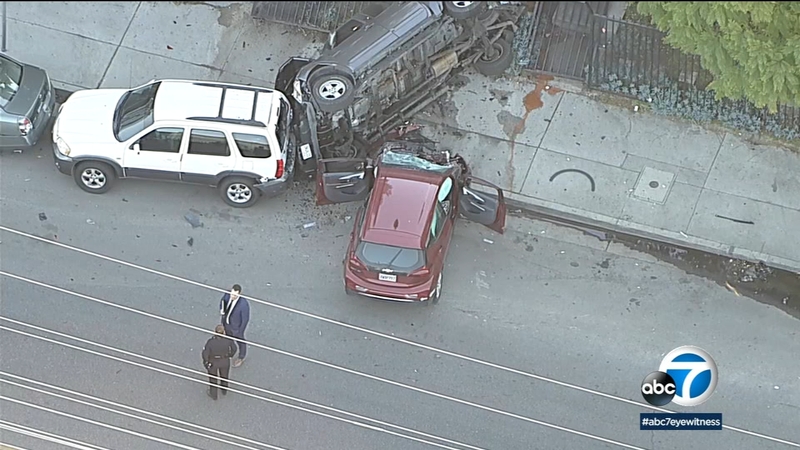 NORTH HOLLYWOOD (KABC) -- One person was killed after a shooting and subsequent car crash in North Hollywood early Monday morning.

The shooting happened around 3:30 a.m. at Fulton Avenue and Vanowen Street, according to the Los Angeles Police Department. The victim was traveling southbound on Fulton when they were shot, causing them to crash into parked cars, police say.

AIR7 HD was over the scene where a dark-colored car could be seen flipped over on the sidewalk.

The victim, who has not been identified, was pronounced dead at the scene.

Two suspects in bandanas were last seen traveling northbound on Fulton in a black car. Additional information was not immediately released, including a motive for the shooting.