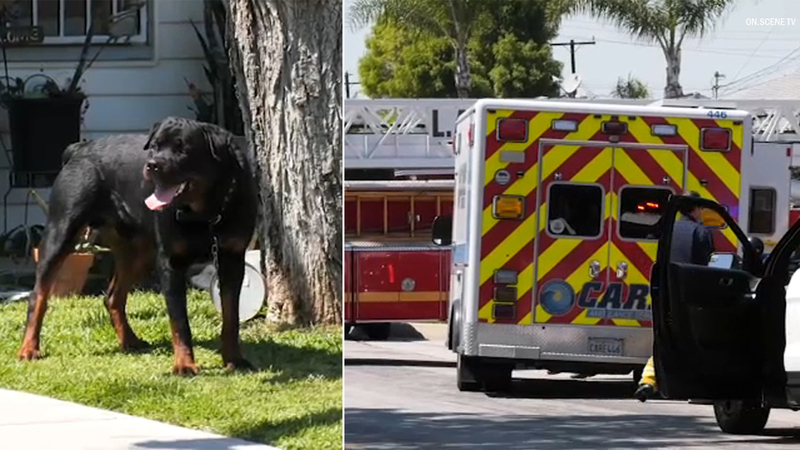 NORWALK, Calif. (KABC) -- A 2-year-old boy was transported to a nearby hospital after getting bitten in the head by the family's own dog in Norwalk.

Los Angeles County sheriff's officials said they responded to the area of Zues Avenue and Crewe Street shortly before 1:30 p.m.

The child and father were both attacked by their Rottweiler, officials said. The toddler was transported with non-life-threatening injuries and is in stable condition.

A witness said the attack happened as the family was outside walking the dog.

"There was people carrying the guy out, and they set him on the curb. There was blood all over his arm, and then the lady came out holding the baby, and the baby was screaming. They wrapped up the baby's head," described neighbor Julie Hart.

The family managed to chain the dog up to a tree, and a deputy stood guard as Animal Control officers arrived.