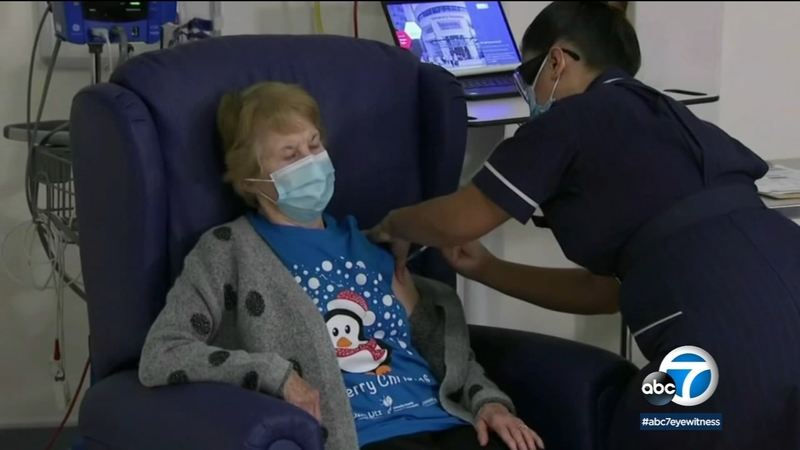 LOS ANGELES (KABC) -- An FDA advisory panel is set to review the data on a potential fourth coronavirus vaccine on Tuesday.

Novavax is made with an old school technology, but will it be enough to win over vaccine skeptics?

Novavax is the underdog in the COVID-19 vaccine race where many Southern Californians are already on their third or fourth shot.

Vaccines have been around for centuries. Yet, it's only been in recent decades that scientists have been able to develop new delivery systems such as the mRna and DNA platforms, which is what Pfizer, Moderna and Johnson and Johnson use. But some people prefer to stick with what they know.

"I know a number of people who have been waiting for this Novavax vaccine," said vaccine scientist Dr. Kenneth Kim with Ark Clinical Research in Long Beach.

Kim says that Novavax is made by taking the protein of an infectious agent and mixing it with a substance which enhances the body's immune response.

"It is based on a protein-based technology, which is an old platform that has been used in other infectious diseases such as influenza and hepatitis B," Kim said.

For some who are allergic to an additive in the Pfizer and Moderna shots, this vaccine offers an advantage. But there are others who were also hoping Novavax would eliminate the concern over the rare side effect of myocarditis, or heart inflammation. It has mostly occurred in male teens and adults.

With Novavax, Kim said the data shows five myocarditis cases out of 30,000 compared to just one in the placebo group.

"Even in that rate that is being observed, it looks like it's still very, very low rates, and very similar to rates that we see in the general population," Kim said.

The bottom line is your risk of getting myocarditis is 16 times higher if you get a COVID-19 infection.

If an FDA advisory panel greenlights Novavax for emergency use, the matter will next go to the CDC for review.