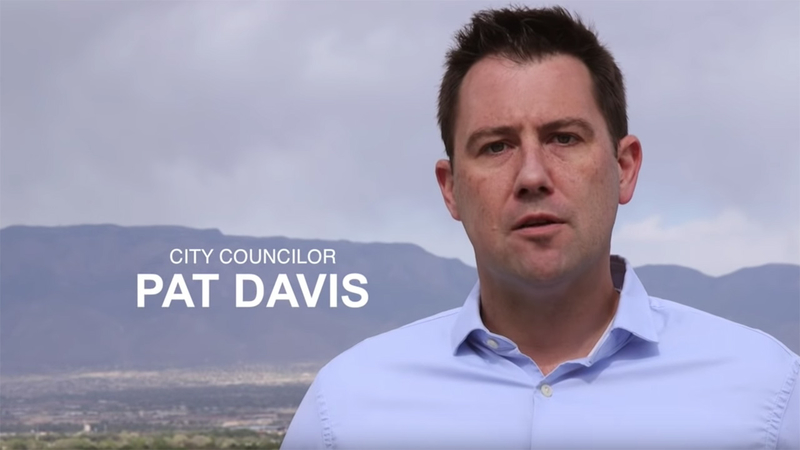 ALBUQUERQUE, N.M. -- When it comes to gun policy, one congressional candidate in New Mexico did not mince words.

"F--- the NRA," Pat Davis said at the beginning of a new campaign ad that aired uncensored on a local television station.

Davis, a Democrat who currently serves on Albuquerque's city council, is running for a seat to represent New Mexico's first congressional district. He went on to say that the National Rifle Association's policies have "resulted in dead children, dead mothers and dead fathers." (You can watch the uncensored ad, which contains strong language, on YouTube.)

"It's not polite, but it's what we're all thinking and it's what it will take to get their attention," Davis' campaign wrote in a blog post about the ad.

On his campaign website, Davis touted his record on gun control, detailing his work to pass a law that allowed police to investigate shooting threats made online. He said that preventing gun violence is a top priority for his campaign and listed endorsements from various gun-violence prevention groups.

The NRA slammed "Desperate Davis" in a response video on Twitter, asking if he needed a bar of soap after hearing his "foul message" played over circus music.

WATCH OUT: #NewMexico City Councilor @PatDavisNM is running for #Congress and has a foul message 🤬 for the NRA's 5M+ members. Check it out for yourself and use #DesperateDavis to let him know how you feel. #NRA #2A pic.twitter.com/tXh0VcNk3p

"Stay classy, Pat!" the NRA wrote at the end.

The ad aired unedited and uncensored on Albuquerque television station KRQE-TV. Bill Anderson, the station's general manager, said in a statement that KRQE was required by federal law to air the spot as-is.

"This station, by law, is not permitted to censor or in any way edit this commercial. What we can control, however, is the 15 seconds of airtime preceding it, which we will use to warn the viewer of a possible offense, explain our own views, and cite the federal laws imposed on candidates and TV stations," Anderson said.