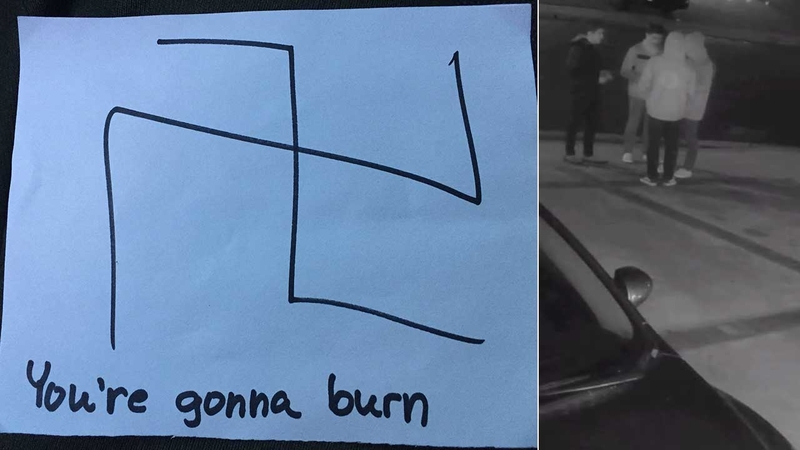 OAK PARK, Calif. (KABC) -- The search is on for several suspects caught on camera leaving cards with swastikas, anti-Semitic threats and derogatory messages at multiple homes and a Chabad in an Oak Park neighborhood.

According to the Ventura County Sheriff's Office, deputies responded to several calls of service regarding the notes on Feb. 11.

The sheriff's office said it has created a special task force and is collaborating with federal law enforcement agencies to catch the culprits.

The notes were placed on the front doors of seven homes, left on a car as well as the Chabad of Oak Park. Investigators said with the exception of the Chabad, the notes appeared to be randomly placed and did not specifically target Jewish residents.

The suspects were caught on surveillance video. Based on the footage, authorities believe there are at least four male suspects involved. They were described to be teens who likely live in the area.