Rare photo exhibit of the Obama family in Alhambra 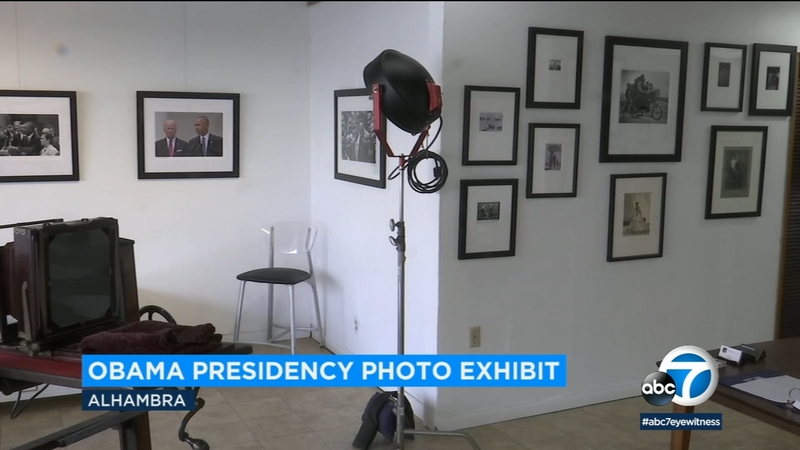 Rare photo exhibit of the Obama family in Alhambra

ALHAMBRA, Calif. (KABC) -- For Black History month, The Perfect Exposure Gallery in Alhambra is giving you a different look at the Obama family. During the Barack Obama's presidency, photographer Anna Wilding made sure to capture the candid moments.

"For me it was about catching the humanity of the First Lady and President Barack Obama" says Wilding. "...I get those moments in between so I'm telling the story of the person, not just the event."

To take you through this journey with the Obamas the exhibit is filled with 30 photographs from different events. Photos depicting bill signings with Nancy Pelosi, former Dodger announcer Vin Scully receiving the medal of freedom, and the 2008 inauguration line the walls of the local gallery.

Wilding's goal was to take you into the minds of each member of the Obama family as they experienced living in the White House.

"It's the power of the American people that got Obama into office," Wilding says, "and it's the power and weight of black American history through the years that allowed that Presidency to happen."