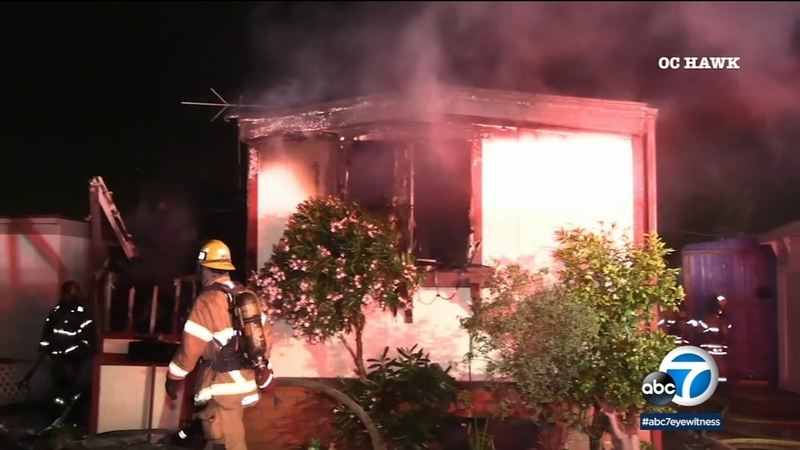 SANTA ANA, Calif. (KABC) -- A man was found dead inside a burning mobile home in Santa Ana prompting an arson and homicide investigation.

Neighbors say they heard arguing right before the fire started, and saw someone leave the scene.

The victim has not been identified.

So far, investigators say they're still tracking down leads on a possible suspect. The fire was arson, and no arrests have been made, according to Santa Ana police.