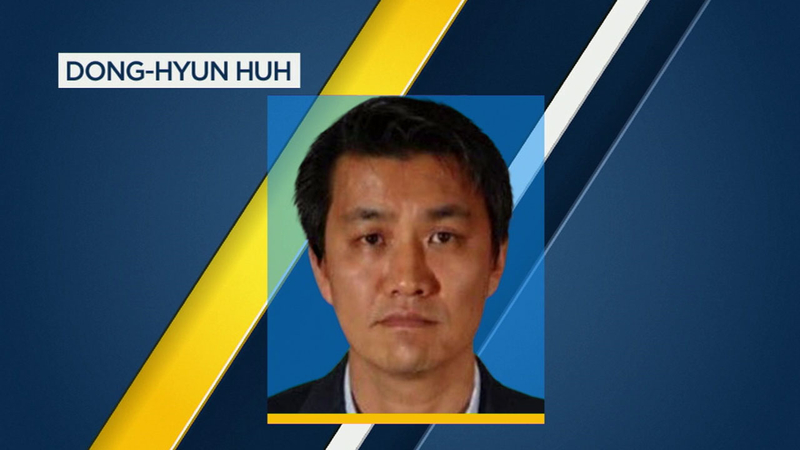 FULLERTON, Calif. (KABC) -- A former professor and dean of students at a Fullerton religious university is accused of exposing himself to two women, Los Angeles County sheriff's deputies say.

Dong-Hyun Huh of Norwalk, who was a professor and dean at Grace Mission University before resigning recently, allegedly exposed himself while in his car to two different women in Cerritos and Artesia on Sept. 15.

"He lured his victims to his vehicle and he exposed himself to them, his genitalia, and he drove away," said Capt. Joseph Nunez, with the Los Angeles County sheriff's Cerritos station. "Our concern is that he is a professor at a college, Grace University College in Fullerton. So we're asking for the public's help if you recognize the person here, Mr. Dong Huh."

In the first incident, investigators say, the suspect exposed himself to a 35-year-old woman in a Cerritos neighborhood at the intersection of Marquardt Avenue and Ashworth Street.

Later that day investigators say the 46-year-old Huh did it again at the intersection of Gridley Road and Artesia Boulevard in Artesia, just a few miles away. That victim was a 19-year-old woman.

Both victims reported what happened to police.

Huh was arrested Tuesday. Early Wednesday morning he posted $30,000 bail and was released from jail.

The school describes itself as "a private, co-educational, theological institution created for students from a variety of faith backgrounds who desire to study the Word of God with academic rigor and spiritual sensitivity; and for students who seek to develop their spiritual gifts and ministerial skills."

Investigators point out that what the dean of students is accused of, did not happen on campus.

University spokesman James Cho said the school intended to put Huh on unpaid administrative leave, but he resigned instead.

The Los Angeles County Sheriff's Department is asking for the public's help in their investigation. They're looking for other possible victims. Anyone with information is asked to call detectives at (562)860-0044.
Report a correction or typo
Related topics:
fullertonnorwalkorange countyindecent exposuresex crimes
Copyright © 2021 KABC-TV. All Rights Reserved.
More Videos
From CNN Newsource affiliates
TOP STORIES