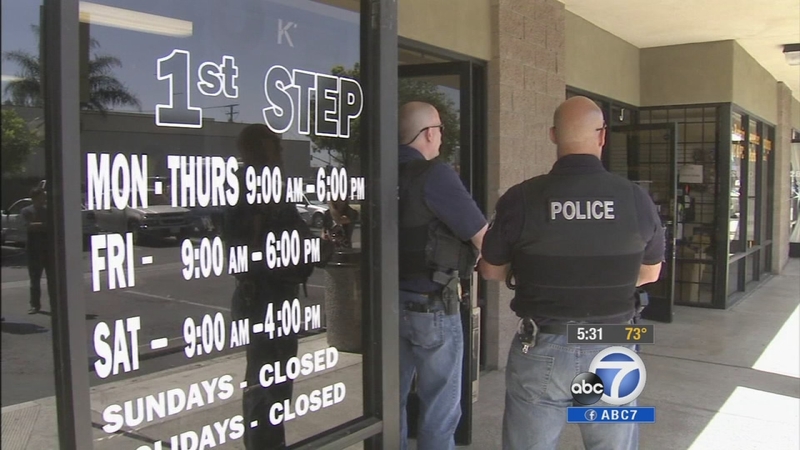 At least 50 people have filed complaints with Santa Ana police, claiming they paid hundreds of dollars to the company for a list of rentals that never materialized.

"When the customers went and did the research themselves, they found they either weren't for rent or they weren't a home. It was a business," said Shannon Rackley, a detective with the Santa Ana police.

With contract in hand, Karen Flores and her family went to First Step Rentals to get answers, only to find police raiding the business.

"They never returned phone calls. I was like, 'Today's my day off. Let's go get the money.' I came to this surprise," Flores said.

Flores paid $200 to First Step Rentals for a list of homes that she later learned would be useless. She said the agency offered only excuses when she asked to see properties.

"They said that the owners were indecisive, that they were changing their minds. So we're like, 'Why are you putting the houses on the list then?'" Flores said.

Eliseo Urrutia is another alleged victim. He too paid $200, but was never allowed to see the home his family wanted to rent.

"It's a really nice place," Angie Urrutia said. "It is for rent, but we don't know what's going on anymore."

Raymond Fuentes is suspected of owning First Step Rentals, which opened in 2012, police said. Last March, the state issued an order demanding the company to stop operating because it wasn't licensed. The state has shut down two other rental listing firms run by Fuentes over the past decade.

So far, employees are not being charged. One former worker said he was unaware of any problems and felt bad for the alleged victims.

"Everybody has hard earned money and everybody's looking for a place to live. You have people out there who are scamming and makes you feel bad you were a part of it," said Dan Pounds, a former employee.

Those who may be victims can file a report with Santa Ana police online.