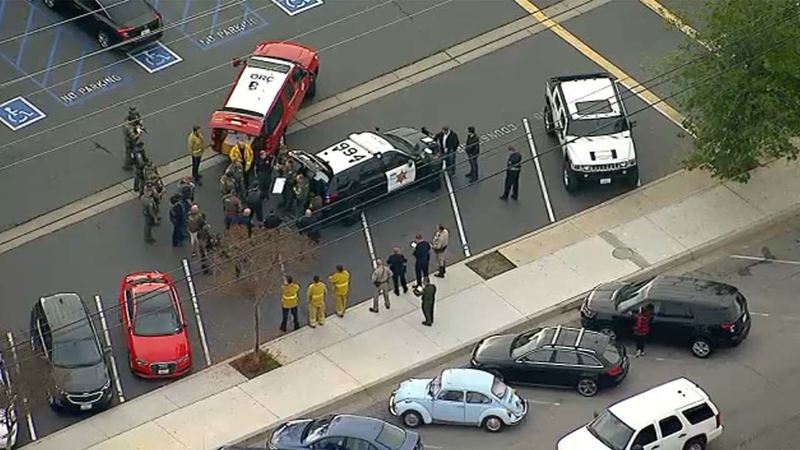 SANTA ANA, Calif. (KABC) -- A man was detained after reports of a person with a weapon prompted lockdowns at two Orange County schools on Tuesday.

The Orange County Sheriff's Department said calls came in shortly before 8 a.m. regarding an unsubstantiated report of a person on campus with a weapon at Hewes Middle School.

Hewes Middle School and Foothill High School were both placed on lockdown. Deputies searched and cleared the schools and the lockdowns were lifted by later in the morning.

#OCSDPIO Search is completed and the school is clear. All students and staff are safe. We are working with the Tustin Unified School District to message to parents regarding operation is the school for the remainder of the day. We will retain an increased presence at the school.