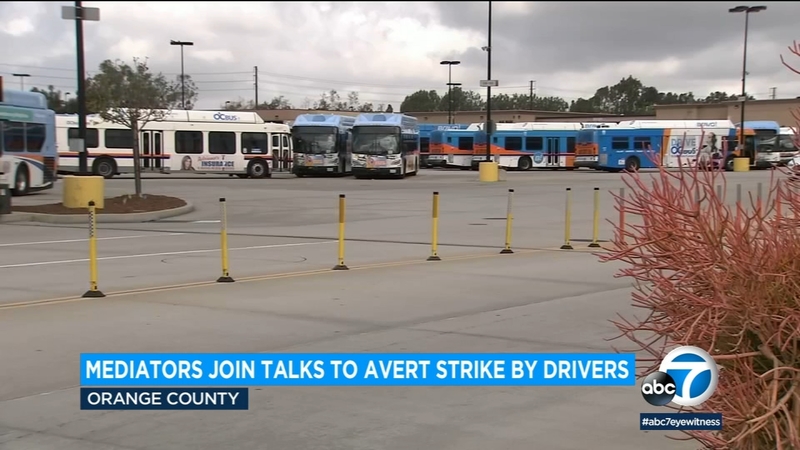 The tentative agreement was reached following 22 hours of negotiations through the night and into Tuesday morning, said OCTA spokesman Joel Zlotnik.

"The next steps are the union membership is expected to vote this week on the contract to ratify it," Zlotnik said. "And then we are planning to call a special meeting of the board of directors for early next week."

The transportation agency spokesman said, "We're very happy we were able to come to a tentative agreement to avoid impacting service to people who depend on it."

The agreement was reached about 11 a.m. Negotiations with help from mediators started about 1 p.m. Monday and continued through the night.

"We know how important the service is for people with no alternative, and we did not want to see anyone stranded," Zlotnik said. "This tentative agreement is a very good one for our coach operators, is competitive in the region and it is good for the taxpayers."

Details of the agreement were not immediately released.

The Teamsters Local 952 threatened to hit picket lines early Tuesday, but as negotiations continued, so did bus service.

Teamster Local 952 Secretary-Treasurer Eric Jimenez said Friday the main hangup in the negotiations has been lunches and breaks for drivers. He said union members believe the law requires the agency to provide times for drivers to take a lunch or other breaks.

"They (the OCTA) feel they're exempt from that law," Jimenez said.

Zlotnik said, "under no circumstances do we prevent drivers from using the restroom."

The drivers have always been allowed to pull over if they need to and push a button on the bus to alert the agency they are taking a bathroom break, Zlotnik said.

"And they're never penalized for doing that," Zlotnik said. "We build into the schedule those breaks, and those are paid breaks."

It is "challenging" to structure the breaks into the schedule because each route has varying lengths and times to complete, Zlotnik said.

Jimenez said another issue has been pay increases and whether they would be applied retroactively.