Idaho school district apologizes after teachers dress up as border wall, caricatures of Mexicans for Halloween 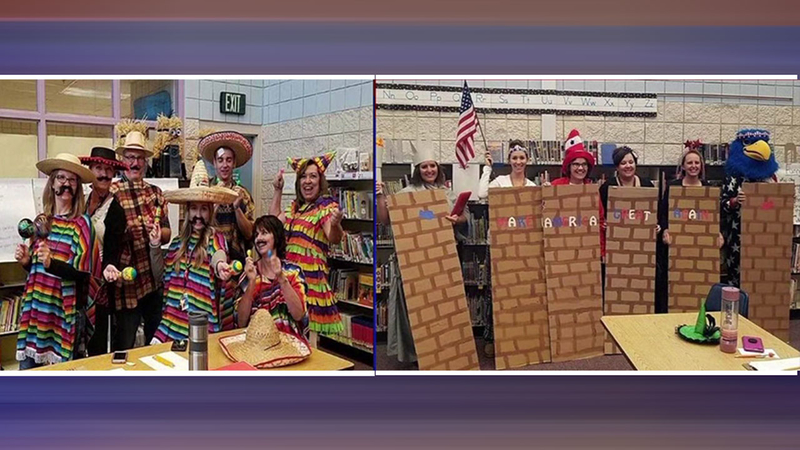 The Middleton School District Administration is investigating after learning of the costumes, which were worn during class. Photos were posted to the district's Facebook page Thursday night. The photos were later removed, though not before some had captured screenshots .

Superintendent Josh Middleton said in a Facebook live video Friday morning that he was alerted to the issue by a parent who called to express concern. He apologized on behalf of the district and said he was deeply troubled that employees made the decision to wear what he called "clearly insensitive and inappropriate" costumes.

"On behalf of the Middleton School District, I share sincerest apologies for these insensitive actions and offending our families and patrons," he said. "Again, we are better than this."

Middleton also said he didn't think the staffers donned the costumes maliciously, but reiterated that it was "poor judgment."

One of the photos showed a group of adults wearing brightly colored ponchos, sombreros and fake mustaches while holding maracas. Another photo showed adults holding a cardboard cutout of a wall, wearing various Americana symbols including one person in an eagle costume and another dressed like the statue of liberty.

Elizabeth Almanza, a member of a group called PODER that advocates for undocumented people and immigrants, said she hopes the district takes action and doesn't just acknowledge the issue on social media.

"ALL children should have the right to a learning environment that celebrates all backgrounds," Almanza wrote in a Facebook post. "Imagine how some of the students felt when they walked into their classrooms on Halloween and saw their teachers (people they look up to) dressed like this? This is NOT funny. This is heartbreaking. Students deserve better."

Middleton is about 34 miles (55 kilometers) west of Boise, with 7,500 residents. According to U.S. Census Bureau data, nearly 10 percent of Middleton's population are Hispanic, and the school district offers a migrant education program.