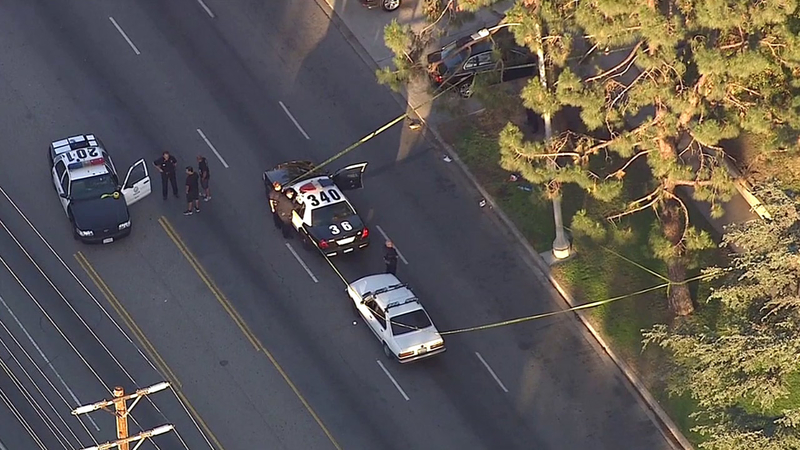 LOS FELIZ, LOS ANGELES (KABC) -- A man attempting to flag Los Angeles police officers down with his arm wrapped in a towel was shot in the head Friday in Los Feliz.

The man was shot at about 6:35 p.m. on Los Feliz Boulevard and Tica Drive. He was allegedly raising his arm wrapped in a towel, possibly holding a gun.

The man was taken to a hospital in critical condition.