South LA gunman in custody after shootout with police 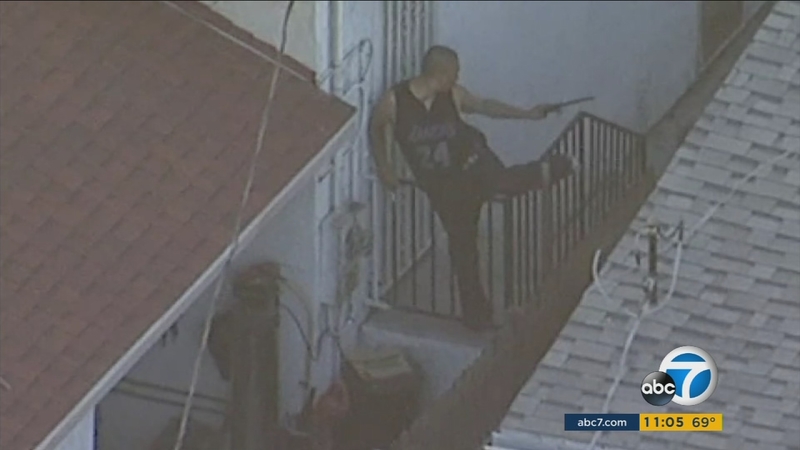 South LA gunman in custody after shootout with police

SOUTH LOS ANGELES (KABC) -- Los Angeles police officers engaged in a shootout with a suspect on the streets of South Los Angeles before he was finally taken into custody overnight.

The incident began about 7 p.m. Thursday in the area near the South Park Recreation Center around 49th and San Pedro streets.

Officers "were standing in front of a residence in that block, speaking with a citizen, when shots rang out from inside that residence directed toward officers," said LAPD Sgt. Barry Montgomery. "The officers returned fire and took positions of cover."

Shots were fired again several hours later. Police said when officers located the suspect, he shot at an officer's head, striking his helmet. He was not injured.

The suspect was taken into custody shortly before 1 a.m. Friday.

#LAPD OIS Update: Susp in custody. Thorough investigation being conducted. Updates as info becomes available. Thanks for ur patience