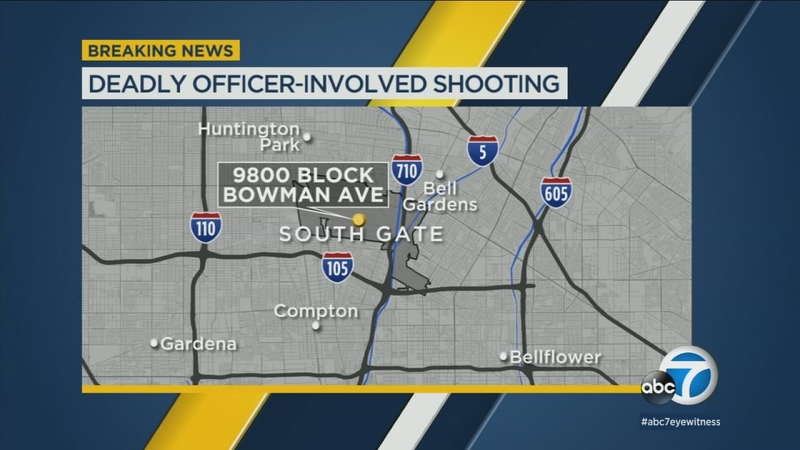 Los Angeles County Sheriff's Department detectives learned when South Gate police officers attempted to conduct a traffic stop of a gold Lexus for a traffic violation, the car led them on a pursuit for approximately two minutes.

Moments later, the driver stopped the vehicle and was detained by the pursuing officer without incident. While the driver was being detained, the passenger of the suspect's vehicle walked away from the scene.

He was later found by assisting officers inside a shed located in the backyard of a residence, at which point he brandished a handgun at the officers and an officer-involved shooting occurred.

Two officers fired their guns several times, striking the suspect at least once in the upper torso, sheriff's officials said. The suspect was transported to a local hospital, where he was pronounced dead.

Officials said it was unclear whether the suspect fired his gun at officers, but a handgun was recovered at the scene.

The name of the deceased suspect was not released until family members were notified.