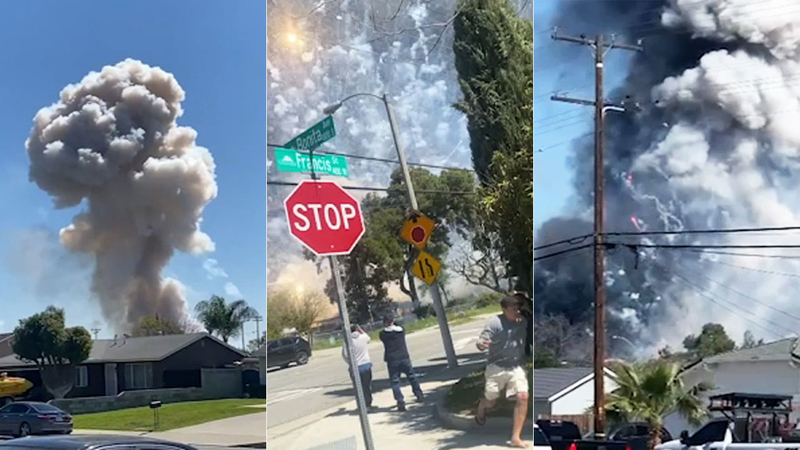 ONTARIO, Calif. (KABC) -- A house full of fireworks exploded in Ontario Tuesday, setting multiple structures on fire. At least two people were killed in the incident.

The huge blast was felt and seen for miles. Residents as far away as Anaheim and Huntington Beach reported feeling the explosion. Eyewitnesses captured the dramatic explosion as it unfolded.

The massive explosion happened around 12:30 p.m. in the 400 block of West Francis Street, shattering nearby windows and sending a huge plume of smoke into the air.

City officials said the fire erupted after "a large amount of fireworks at a house ignited." At least one other home was also burning, along with several outdoor structures on a ranch-like property.

Watch videos above from eyewitnesses who captured footage of sparks flying in the air amid the smoke plume, as frightened residents fled from the scene.

Two people were killed when a large cache of fireworks ignited at an Ontario home, setting off a series of explosions and fires.